10. The Last of Us Remastered 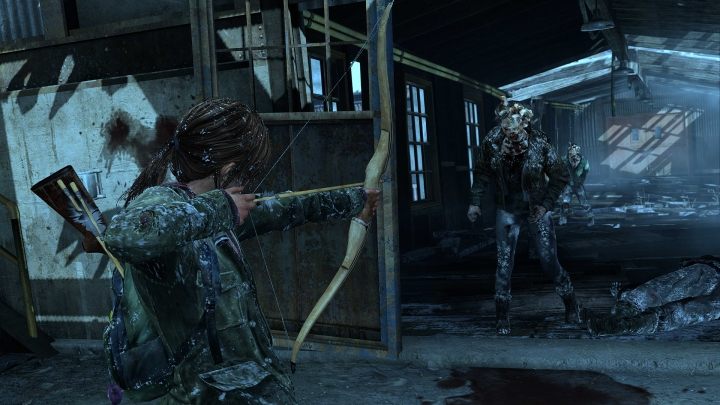 Is The Last of Us the most serious game on our list? It's certainly a title that has successfully managed to withstand the test of time, and is an absolute "must-play" for any PlayStation 4 owner.

Another gem developed by Naughty Dog that hits our top PS4 titles. The Last of Us is a unique product in the portfolio of California-based company. In TLoU, you won't encounter any fancy protagonists like Crash or funny characters known from the Jak & Daxter series. You won't even find a sarcastic Nathan Drake. TLoU is a serious title, which tells the story of difficult life choices and the struggle to survive in an unfriendly post-apocalyptic world. It is a virtual equivalent of The Road – a post-apocalyptic novel by American writer Cormac McCarthy, in which a father, who lost his own daughter, tries to do his best not to lose the foster daughter.

This is also another title in our list, which was released on the console of the previous generation. The Remaster enhances the visual experience, the animation runs at sixty frames per second, and owners of modern TVs can enjoy 4K resolution with full-scale HDR. It is worth getting acquainted with this game, especially at the current moment – you may buy the game for a reasonable price in the game of the year edition, that is, with the Left Behind expansion set.

Another reason to experience the adventures of Joel and Ellie is the sequel, which turned out to be so successful that it landed almost on the top of this ranking list. It is worth playing the first part in order to fully enjoy the second installment later on.