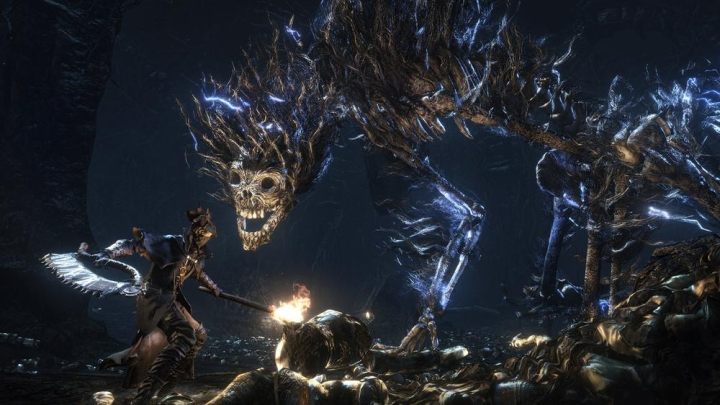 Visual style of Bloodborne is totally different in comparison to the Dark Souls series, but it turned out well in this case. However, the gameplay is as difficult as in other titles developed by From Software.

Bloodborne. At first sight it looks pretty much the same as Demon's and Dark Souls. However, this is a completely different game. Almost the same, yet different. Just as good as aforementioned titles and even better. After all, we have it on our list. Hidetaka Miyazaki has scaled the heights of his craftsmanship by focusing on an even darker atmosphere than in the other titles and setting the action in locations stylized on 19th-century Victorian metropolises.

The gameplay mechanics have not changed drastically compared to the Dark Souls franchise, and this is still a game in which even ordinary opponents pose a great threat to less experienced players. Some new weapon types and even more unique bosses, which we have to defeat before seeing the end credits, are undoubtedly looking very impressive.

Bloodborne is a must-have for every owner of a Sony console who is not afraid of a real challenge. The blood of fallen enemies, sweaty faces of characters and tears of powerlessness and happiness evoke a vast array of emotions during the gameplay. This title is a pure gem in the firmament of PS4 exclusive titles.