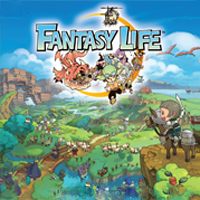 Original production, which consists of both the characteristics of the RPG genre, as well as elements borrowed from various life simulators. The player takes on the role of the hero of his choice, and his task is to guide him through the next stages of development.

A spin-off of the popular Animal Crossing series by Nintendo. Unlike the other titles in the franchise, Happy Home Designer is not a life simulation game, but a software for designing interiors of the virtual characters' houses. In the game you find a range of options and items allowing you to customize the house according to the character's desires. On the floor you can place carpets, while the rooms can be furnished with bookshelves, benches, tables, wardrobes, or other objects. 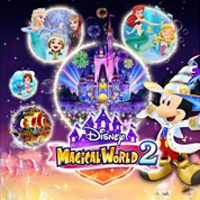 Another installment in the cartoon life simulator based on Disney animated films. Like its predecessor, Disney Magical World 2 was developed with Nintendo 3DS in mind. This time the game features six varied environments, including the world of Frozen, or the places known from Winnie the Pooh. Disney Magical World utilizes well-known gameplay rules, based on such series as Animal Crossing or Harvest Moon.

A family game set in the magical world of Disney animation. Disney Magical World was developed by Japanese studio h.a.n.d., with Nintendo 3DS in mind. The game is based on such popular productions as Harvest Moon or Animal Crossing ans can be described as a joyful life simulation, in which you play as your avatar called Mii and encounter a wide range or Disney characters, e.g. Donald Duck, Mickey Mouse, Goofy, Peter Pan, Aladdin or Hercules.

A sandbox simulator in which the player creates and expands a transportation network. The game was developed by Big John Games studio known for creating a Minecraft clone called Cube Creator 3D. Lionel City Builder 3D: Rise of the Rails takes place in the not so distant future, after the current transport model had crashed. In order to give some life to the cities, a metallurgist named Vin decides to create a new railroad network from scratch. The player helps him with that task.

A breeding game in which the owners of the portable Nintendo console can take care of the previously created foal and play with it in several available mini-games.

A humorous simulation of animal care, produced by Teyon, a Krakow-based development studio. Players can take care of a nice penguin, who should be regularly fed, bathed, dressed and entertained. The game offers several addictive mini-games as well as 3D graphics in vibrant colours.

Application in the style of The Sims game, in which we observe the life of Mii characters created by ourselves. The player's tasks are very simple, as they are limited to importing or creating a new hero, who is then dressed and follows his fate.

The fifth part of the funny culinary series, in which under the eye of the title Cooking Mom we will prepare over 60 different dishes and we will prove ourselves in a number of additional kitchen activities. The game uses a number of features of the 3DS console, such as a stylus, touch screen, gyroscope or accelerometer.

Continuation of the game released in 2009 for Nintendo DS console. As in the previous one, the player has to create his own garden and grow a variety of plants, selected from a set of 50 different seedlings.

Another title that allows you to breed the animal on your mobile console. This time the player has at his disposal several types of horses which require careful care from the users of the Nintendo portable razor.

A game that slowly take care of us and play with virtual puppies. Puppies World 3D allows us to guide the development of a dog selected from 12 available breeds. The title offers the so-called augmented reality mode, thanks to which we can almost transfer the dog directly to our room.

The bestselling Nintendogs is back on Nintendo 3DS. In Nintendogs + Cats: Toy Poodle & New Friends, dogs are accompanied by cats. Once again, we choose our pup from the available breeds and then look after him.

The bestselling Nintendogs is back on Nintendo 3DS. In Nintendogs + Cats: Golden Retriever & New Friends, dogs are accompanied by cats. Once again, we choose our pup from the available breeds and then look after him.

The bestselling Nintendogs is back on Nintendo 3DS. In Nintendogs + Cats: French Bulldog & New Friends, dogs are accompanied by cats. Once again, we choose our pup from the available breeds and then look after him.

The fourth installment of the popular cooking series, launched at Nintendo DS. This time we are waiting for 60 completely new recipes and over 200 additional kitchen mini-games, during which we will take advantage of the new possibilities of the console and test our culinary skills.