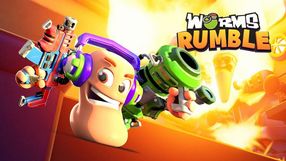 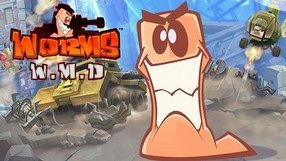 Another major installment in the bestselling turn-based strategy game series that focus on a humorous rivalry between the eponymous worms. In Worms WMD, the basic gameplay principles remain unchanged, and the players still have to eliminate the opposite team using a number of more or less unconventional weapons. The participants make their moves in turns and their actions are limited by a time limit. The game refers to the initial two-dimensional installments of the series, which means that battles are presented from the classical side view. The title does not lack for several enriching novelties, though. These include the possibility to hide inside buildings and to use vehicles that allow us to traverse the battlefield and deal damage to the enemy. Visually, the production features the characteristic cartoonish visual style, although the worms’ appearance and animation were refreshed.

A mobile installment of the popular Worms series – strategic turn-based games in which heavily armed worms fight against each other. As usually, the title is developed by Team 17. Worms 4 is based on the well-known set of rules - there are two or more teams of worms and players who interchangeably control individual “soldiers.” The game comes down to dealing as much damage to enemies as possible in a given time frame. Worms make use of a wide arsenal of crazy weapons and gadgets, but while using them, you need to remember about the influence of gravity and wind. Moreover, almost every environment element is destructible. In comparison to previous installments, Worms 4 introduces a few changes. As it is a mobile production, the scale of battles is reduced, the teams are smaller, and the time limit reduced. The title features new kinds of weapons and some diverse game modes, including an extensive single player campaign. Naturally, multiplayer is the backbone of the game.

Improved edition of the 2001 edition of Worms World Party. The gameplay does not differ from the original, but the graphics have been improved, steam achievements have been added, and the ability to save the state of the game in the cloud. 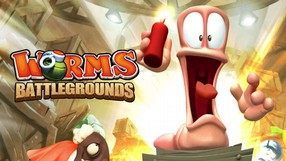 Next instalment of the bestselling Worms series, developed by Team 17 especially for the users of eighth generation consoles. This time the action of the game takes us to the museum of world history where we have to face the evil Lord Crowley - a worm who wants to take control over the museum. The gameplay mechanics is modeled on the older installments of the series and is based on turn-based competition between two armed teams of worms.

Another installment of the popular strategy game series by Team 17 focusing on warring worms. Contrary to several of its three-dimensional predecessors, Worms: Revolution Extreme offers classical gameplay with action depicted from the side as teams of aggressive worms take their turns in attempt to eradicate the enemy team. The developers provided a rich arsenal of weapons, including firearms, rocket and grenade launchers, the iconic holy hand grenade, and the Super Sheep. These are joined by other tools such as a rope, a parachute, or a blowtorch. Worms: Revolution Extreme introduces new ways of eliminating enemies, such as telekinesis, water pistol, and Boggy-B. What’s more, we can also manipulate and destroy objects in the environment. For the first time in the history of the series, worms have been divided into classes, for instance: scientist, soldier, guard, and scout. Worms: Revolution is powered by a new graphics engine that generates pretty three-dimensional landscapes. 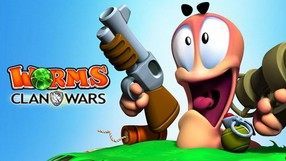 Another installment of the legendary Worms series, focusing in particular on online duels between two teams of players. Team 17 developers decided to combine classic gameplay mechanics with elements of modern multiplayer games and MOBA titles. The system of worm classes known from Worms Revolution returns in the game, which was solidly expanded for the purposes of network production. The different types of worms have been diversified and their specialisations have a much greater influence on the course of the battle. 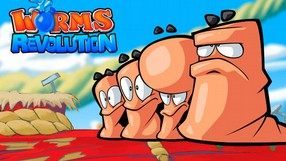 Another installment in a series of popular arcade-strategy games. Revolution references the older titles in the series, which was initiated by Team 17 back in 1995. Similar to the previous installments, the combat is turn-based and the player's goal is to exterminate the opposing team with a massive number of sophisticated, and sometimes silly, weapons and gadgets. Despite relying on a classic formula, the creators introduced several new features to the game. The maps were enriched with various objects which can be destroyed or moved to one's liking. The role of water is more important now, allowing the player to drown their enemies or wash them away. The worms were divided into classes for the first time, and those include the scientist, the heavy, the soldier and the scout - each class has its strong and weak points. Although the game utilizes a three-dimensional engine, the player observes the action from a side view. Contrary to several previous installments, Worms: Revolution does not offer the art style resembling comic books. 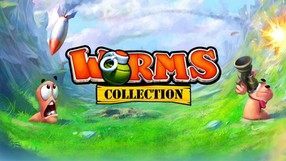 A spin-off from the bestselling Worms series, this is an original combination of the series' typical mechanics with a classic golf game. The object of the game is to hit balls into holes, but this has nothing to do with the elegance of the sport. The game features a number of surreal golf courses filled with a variety of obstacles that make it difficult to hit the ball accurately, forcing the player to use a tried-and-tested arsenal of gadgets and fancy weapons to help clear the way and crush his rivals.

Compilation of two classic instalments of the popular arcade strategy series, Worms 3D and Worms 4: Mayhem, released in 2003 and 2005 respectively. They were groundbreaking for the series, moving the eternal struggles of the title bugs into the third dimension. The creators of the series, Team 17, didn't make any changes to the gameplay mechanics, focusing instead on refreshing the visuals and tweaking them to HD standards. They also improved the camera work and minor shortcomings in the control system.

Special edition of the cult arcade-strategy series by Team 17, a compilation of two older instalments of the series: Worms 2 and Worms Armageddon, released in 1997-1999. The game, called Worms 2: Armageddon, was originally released on consoles, and then, in a slightly expanded version as Worms: Reloaded, it was also ported to popular PCs. After a moderate reception of the three-dimensional installments of the series, the developers decided to return to the classic 2.5D perspective and the old, proven gameplay mechanics.

Worms: Open Warfare 2 is a turn-based strategy that belongs to a popular cycle, treating the fierce conflict between pink worms.

In this work, Team17 in the UK decided to return to the deep past of the Worms cycle because they abandoned an entirely three-dimensional environment (including Worms 4: Mayhem) and once again served players a flat comic book like Worms: Armageddon.

Another, after Worms 3D, part of a very popular worldwide series dealing with the struggles of virtual worms. In addition to the specific atmosphere and sense of humour known from previous editions, Worms Forts Under Siege offers players a complete novelty in the game - title fortifications.

Worms 3D is a turn-based strategy in a humorous convention, created by Team 17 Software's development team. The game is the first installment of the series using a 3D graphics engine. The creators, however, remained faithful to the basic assumptions of the game, and the players have a lot of freedom in directing the title actions and deforming the game world using various weapons and means of mass extermination.

Worms Blast is a turn-based strategy produced by Team 17 Sowftware development studio. This time the title worm goes to the high seas. The player controls a small, but well-armed boat, and his task is to destroy colored blocks. Multiplayer mode allows you to duel with a live opponent.

The next installment of the fun war waged by armed worms, the World Party is focused mainly on multiplayer gameplay on the Internet, providing many game modes and built-in chat.

Worms United is a special edition of the cult turn-based strategy of Team 17 Software. The set includes: the first part of the Worms series and the Worms Reinforcements plug-in, containing a new campaign, as well as a refreshed interface and a map editor.

Worms 2 is the second part of the turn-based strategy cycle developed by Team 17 Software studio. The player directs the title actions of the robots armed with various weapons, and his task is to eliminate all enemy units. The creators envisaged several gameplay variants, including multiplayer mode for up to 6 people.