I don't know if you still remember, but the beginning of 2019 was MASSIVE. First, we got the excellent Resident Evil 2, and immediately after, the equally amazing Metro Exodus. Who would have thought that this trend won't last? Of course, there were plenty of big premieres (Death Stranding or Control) or nice surprises (Disco Elysium), but we'll mostly remember 2019 for the flops, such as the flunked release of RDR2 on PC, the uber-dissapointing Anthem, or the release of Ubisoft's worst game in years, Breakpoint. 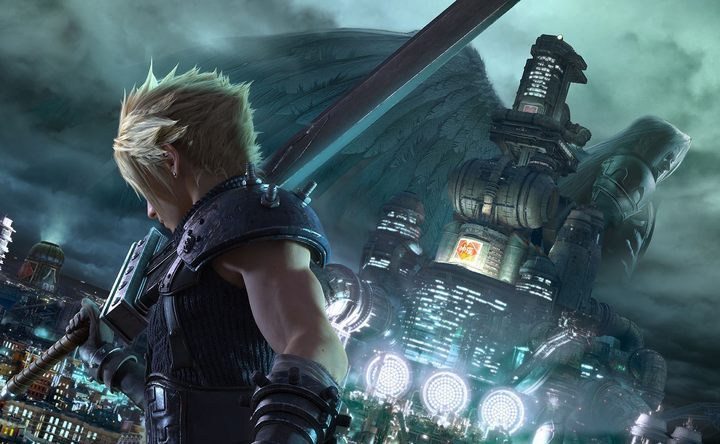 The adventures of Cloud Strife in Final Fantasy 7 Remake are worth waiting for!

2020 promises to be very different. We're starting with what can be described as the driest season in years  look at the calendar of premieres, and find out for yourself. In the first half of 2020, major releases are basically devoid of micropayments Doom Eternal, Final Fantasy VII (remember that this is only the first episode, not the entire story), the updated Resident Evil 3 or the icing on the cake, The Last of Us: Part II. Sure, VR fans will get Half-Life: Alyx, and fans of breaking their gamepads will get NIOH 2, but it really isn't that much. In addition, the first major premiere of 2020 failed  Kakarot is, unfortunately, an average game, which will appeal almost exclusively to fans of Dragon Ball. Well, this year hasn't started well, but

Wait until fall, and you will quickly find that days are too short. Major players in the industry have long been gaining strength for launching the next generation properly. The silence before the storm only foreshadows how hot the end of the year will be. "Obviously," you might say, "But the launch of the PS4 and Xbox One brought no fireworks, and few people can still remember the names of the first games of that generation." Agreed, but everything changed with the launch of the Switch  Nintendo has proved that the key for a successful launch of a new console are new exciting games. And the result of more than 50 million units of Switch sold speaks volumes  it's about the same as the result of Xbox One (here, we rely on leaks, Micro doesn't brag about the results), and half of the record official result of PS4. And mind you, Switch has been on the market for half as long as the forementioned consoles!

As the new consoles appear, we can expect not only new games from Sony and Microsoft's subsidiaries. We can be almost certain we'll get a few highly anticipated games from Ubisoft  the new Assassin's Creed and Watch Dogs: Legion  as well as Dying Light 2, although in this case, the fact that we still don't know the new release date after the game was delayed is a tad unsettling. Of course, there's also Cyberpunk 2077 or Ghost of Tsushima, and, who knows, maybe we will finally get the announcement of GTA 6? So get ready for the fall  a lot will happen. In the meantime, we have a moment to reach to for the pile of shame, and try out some interesting indies.