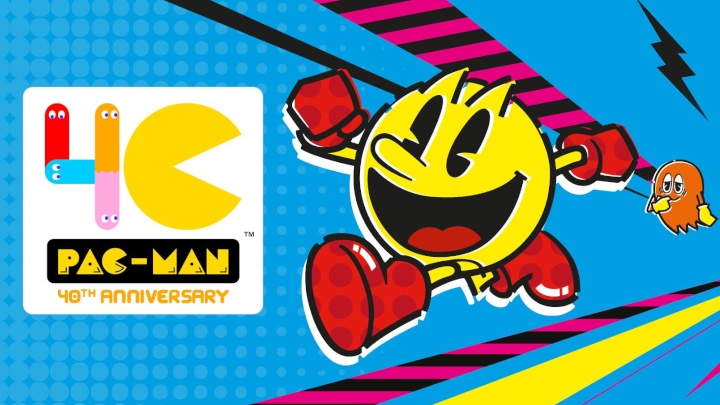 40 years of Pac-Man. Source: Bandai Namco
IN A NUTSHELL:

Exactly on May 22, 1980, the world has seen the release of Pac-Man. It was published by the Japanese company Bandai Namco, initially only for arcade machines, and then ported to the various major platforms of the era, such as Atari 2600, Commodore 64, IMB PC or Apple II. The game was created by Toru Iwatani, then a 25-year-old employee of the company, previously working on flippers. The game consists of eating all the small dots in the maze of each of the 256 levels. We are opposed by four colored ghosts, which can kill us on touch. In connection with the anniversary, I have prepared for you some interesting facts about Pac-Man. 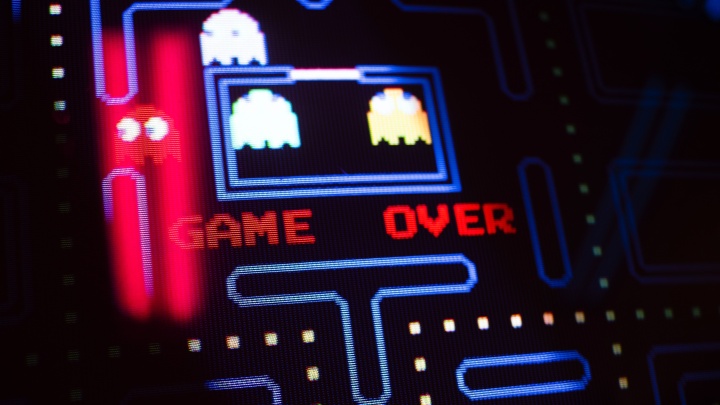 Pac-Man was originally supposed to be called Puck-Man. This was the early name of the Japanese version. It referred to a shape resembling a hockey puck. However, due to its similarity to another English word with a rather pejorative meaning, it was changed to Pac-Man. The new name was supposed to be onomatopoeia for the sound of munching, from the Japanese term paku paku.

The game's creator was inspired by food. Iwatani claimed that the idea for protagonist's shape came to his mind while eating pizza, when he cut off one fragment. And the very motif of eating contained in the game was to attract women. The creator of Pac-Man explained, in a rather sketchy way, with the stereotype related to womens' preference for eating afternoon desserts. Such an approach was to change the world of arcade salons, dominated at the time by men shooting aliens. 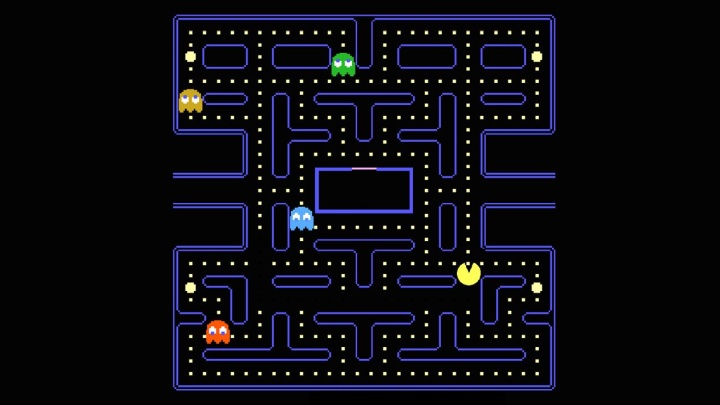 The popularity of the game surprised the creator himself. Iwatani track did not expect such a high demand for its work. Meanwhile, over 400 thousand machines with the game were sold. In 1990, Bandai Namco recorded an income of 3.5 billion dollars (source: UsGamer).

Pac-Man established eight Guinness records. On the organization's website you can read about such successes as the largest group of people in the shape of a video game character, the biggest arcade machine, the longest "living" video game character, as well as about many records achieved in different versions of Pac-Man. 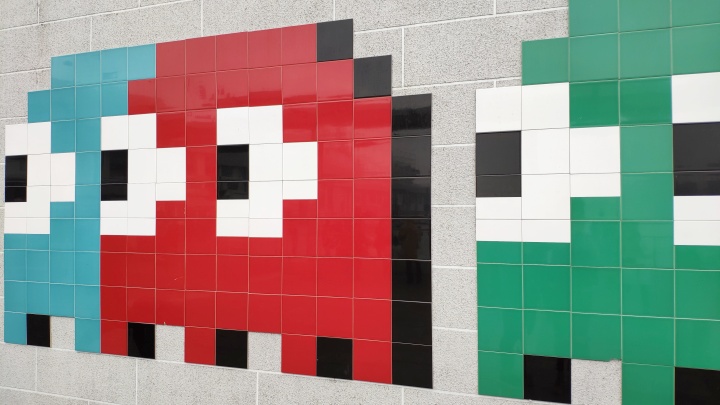 Pac-Man is a source of inspiration for artists

The four ghosts lurking in the maze have their own different "characters". This may be a bit too much to say, but despite the simplicity of the game, the creators managed to differentiate their behavior. Blinky is the red ghost that always follows the player, hence his Japanese name "Chaser". Pinky ("Ambusher") is heading to the place where Pac-Man can be found in a moment, thus setting up ambushes. Inky, the blue one, ("Fickle") changes its behavior depending on the player's direction of movement and the position of the red ghost. He can chase like Blinky, ambush like Pinky, or roam like Clyde ("Stupid"). The latter, with its orange color, appears to be uninterested in the player. However, the truth is he operates in a loop, first chasing the player like red, and after covering a certain distance he moves away to the opposite corner.

You cannot finish Pac-Man. On the last, 256th level there is a bug that makes the game impossible to win. It is related to placing the number of levels in 8 bits. The last map is displayed correctly on half of the screen and the other half has errors. You cannot collect all the dots, so this level cannot be completed. 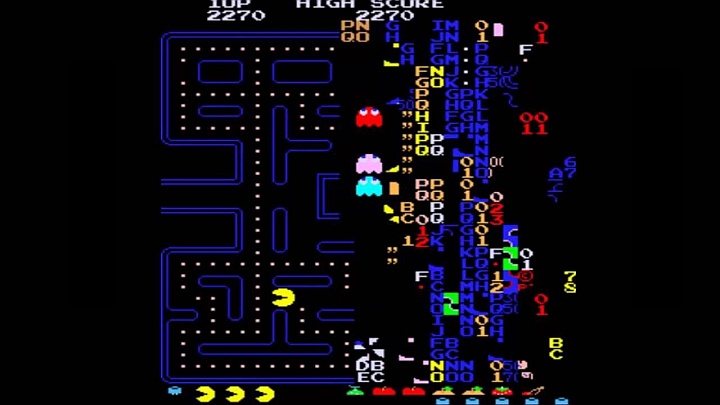 The maximum achievable score in the game is 3333360 points. This is related to the aforementioned error. This can be achieved by eating all the small and big dots, all the "scared" ghosts, fruit bonuses and keeping all the extra lives. The first person to achieve this result was Billy Mitchel. He set this record on July 3, 1999, maximizing the result on the last, bugged level. It took him 6 hours.

There are also some theories associated with the game. Some people claim that Pac-Man was the inspiration for later survival horror games such as Resident Evil or Penumbra. In such games, the player escapes supernatural threat (ghosts) through often claustrophobic levels, which may actually suggest a similarity to Pac-Man's mechanics. Although such ideas qualify mostly as urban legends (or content of a box signed "Conspiracy Theories - Level X"). One thing is sure - the game from Bandai Namco has conquered the world and is known to anyone who has heart anything about the digital world. To celebrate the 40th anniversary of the game a music video was created; you can find it on BandaiNamco's Youtube profile: