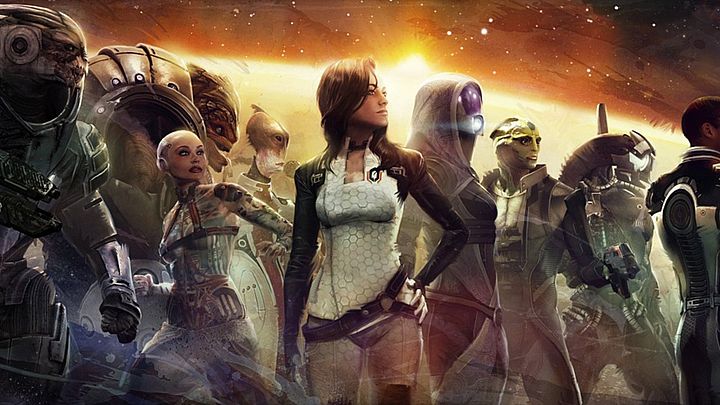 Which of the companions did you remember the most?
IN A NUTSHELL:

Do you remember the moral system from the Mass Effect trilogy? Those of you who really got engaged in the space saga have probably wondered many times how to guide your character to access the appropriate dialogue options and make a significant decision concerning the fate of the galaxy. For those who did not play: ME offered a simple system divided into two bars - paragon and renegade. Lawful actions increased the first bar and ruthless actions, the second. In the third installment, it was replaced by a single reputation bar, but it worked almost identically.

As you probably remember or guess, it was only through the proper 'filling' of a particular bar that we could unlock additional dialogue options. This made it most profitable to play an extremely good or extremely evil character, definitely not neutral (in the context of dialogue options, not immersion). All the more interesting is the information, which was posted on Twitter by John Ebenger, the developer of the Mass Effect trilogy. It turns out that despite what you may think, 'mainstream' players are decent people! 92% of them chose the path of the idealist, which the devs mentioned in response to a tweet about the possibility of being 'the bad guy' in games.

This state of affairs seems to confirm the validity of making extreme decisions in ME. However, John Ebenger's entry opened a debate on why the players favored the idealist attitude so strongly. It turns out that the reason for the change (although mainly visual) of the system of morality in Mass Effect 3 was too much emphasis on taking sides in the two previous installments. Another thing is that often the renegade's actions seemed simply pointless.

The whole situation makes us think about morality systems in video games in general. The basic question should be: does the game have to communicate the player their 'moral status' at all? Older games, especially RPGs, have accustomed us to reputation bars that were clear. But they also strongly influenced our subconscious. A lot of our actions were performed under their suggestion, which doesn't really have much in common with immersion, I believe you would agree.

We can now see a certain shift towards more natural solutions. The games do monitor and 'interpret' our decisions on an ongoing basis, but we only see the effects on the screen, not in a percentage rate or yet another bar. A good example in the future might be Dying Light 2, whose devs have long declared that there will be no visible reputation system in the game, because they care about real emotions and not 'collecting points'. And what do you think about morality in games? And do you prefer to play good or evil? The comments are at your disposal.