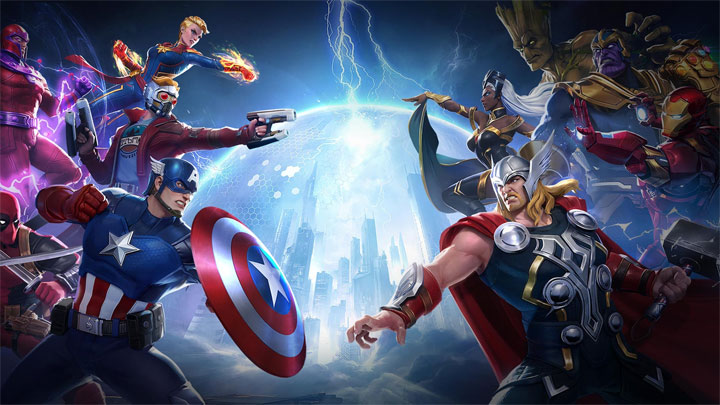 Disney is happy to sell licenses to develop games set in Marvel's comic book universe. Another project of this type will be a high-budget online shooter, developed by the Chinese company NetEase Games.

The source of these reports is a job advertisement on LinkedIn. It shows that NetEase Games is looking for a lead level designer for an online FPS game based on the Marvel brand. The game is described as an AAA title, so the company does not intend to save on production costs. PC, console and mobile device versions are planned.

There is no other information in the ad. However, fans speculate that it may be a game belonging to the category called 'Hero Shooter'. Popular representatives of this group are games such as Overwatch, Paladins: Champions of the Realm or Apex Legends. These shooters offer a wide range of playable heroes with unique weapons and abilities. Such an approach would fit perfectly into Marvel's superhero-filled universe.

Last year NetEase Games announced the signing of an agreement with Disney to develop a number of games based on the Marvel brand. The first fruit of this collaboration was the mobile MOBA MARVEL Super War, which launched in December 2019.

Developing a first-person shooter on this license is not a new idea. A long time ago, THQ worked on an FPS project called simply The Avengers, which was supposed to come out on PCs, PlayStation 3, Xbox 360 and Wii U. Eventually, production was cancelled, but a video with gameplay fragments from the early version was leaked on the Internet.

It is worth mentioning that there are currently several games in development, set in the famous comic book universe. Crystal Dynamics is working on Marvel's Avengers, and the Insomniac Games team is said to be working on a Marvel's Spider-Man follow-up.