Forget about multiple protagonists. RDR 2 doesnt follow in GTA Vs footsteps and focuses entirely on Arthur Morgan. He is the only one pushing the story forward, he is the only one you will be able to control. The sole protagonist still has his gang to take care of, though, so dont think you are left alone. You shall meet all the gang members at least once  during cutscenes. 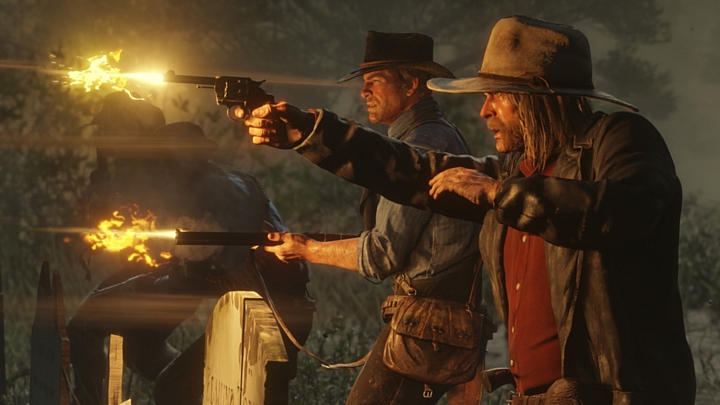 Dead-Eye is here again, and its never been bloodier

You can slow down time Red Dead Redeption style once again thanks to the reintroduction of the Dead-Eye mechanics. The freeze-mark-eliminate system can be upgraded in RDR 2, so that it becomes even easier to find enemys weak spots (such as heart) and tear them into pieces with a single bullet. Additionally, such weak spots  or what youd call somebodys head upon it meeting 12 gauge  can now explode in a bloody, Fallout 3 fashion. Arthur Morgans enemies are thus eligible for joining the Dismemberment Club, and Arthur is more than happy to cater for them. Its been some time since the features first appearance in GTA III indeed.

First person mode is there, but thats not all

Dont just look over a sharpshooters shoulder  become a sharpshooter yourself! GTA Vs next-gen first person perspective is making a comeback in Red Dead Redemption 2. You can complete the storyline and not see Arthur Morgans back once. And since the game is developed by Rockstar, expect a plethora of visual details embellishing weapons, clothes, and your steeds mane.

There is also a third-person-perspective (of course), and a cinematic camera. The latter most probably shares some of its attributes with GTAs movie camera, which should make your journeys through The Wild West appear as Hollywoodish as ever. 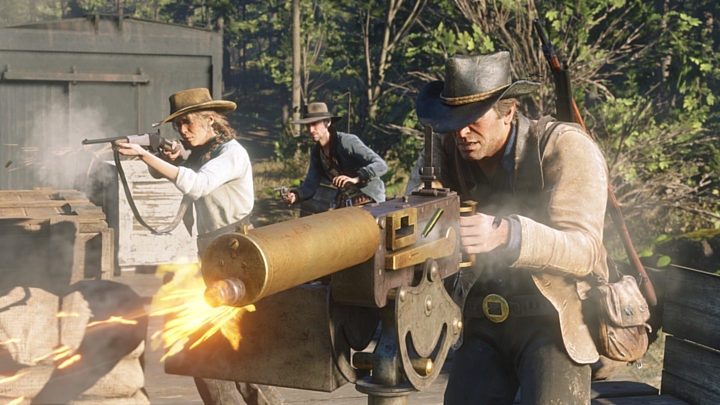 From the first person perspective, it looks just like Call of Duty.

GTA Online obviously wasnt enough  but this time its different. Rockstar describes Red Dead Online as an evolution of the classic multiplayer experience [] blending narrative with competitive and cooperative gameplay in fun new ways. From the same description we also gather that:

Red Dead Online Beta will launch in November. An exact release date has not yet been revealed. As for the singleplayer Red Dead Redemption 2, you will have to wait 36 more days  until October 26, 2018.