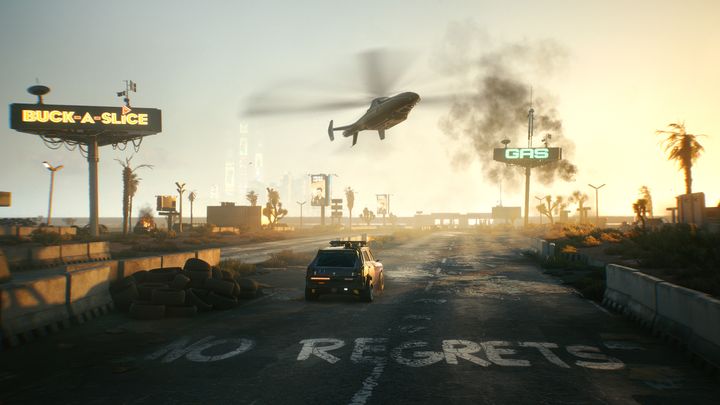 Cyberpunk 2077 sells worse than Red Dead Redemption 2? Maybe, but the opposite would be surprising.

After the bad news about crunch in Cyberpunk 2077 we have another bad news related to the game. According to the analytics company M Science, the number of pre-orders for the game is much lower than that for other anticipated titles in recent years (via The Gamer). CP2077 is performing 31% worse than Red Dead Redemption 2 in a comparable time-frame. CD Projekt RED's game also performs 67% and 14% lower, respectively, than the latest installments of Call of DutyCall of Duty : Black Ops - Cold War and Call of Duty: Modern Warfare.

It is worth noting a few things here. Firstly, the methodology of the report. M Science analysts took into account only last 12 months, which in the case of Cyberpunk 2077 may not be fully reliable (pre-orders can be placed from June 2019, when the first release date was announced and it can be expected that quite a lot of players decided to reach for the title back then, especially considering the great and widely discussed show with Keanu Reeves). Additionally, the analysis is based on sales of digital versions for Xbox One and PlayStation 4 - it doesn't include PCs. The report also uses the term "domestically", which suggests that it can only be based on data from the American market (the document is most likely available only to the company's clients, so we rely on excerpts quoted by The Gamer).

Secondly, the Cyberpunk 2077 is making its debut at a very unusual time - at a time when the world is being plagued by the coronavirus pandemic and the economic crisis it triggered, and next-gen consoles are entering the market. It cannot be ruled out that some players have decided to postpone their purchase decision, either for lack of money or to play the game on the new console. There are also fifty days left until the release of the game, so the statistics may improve.

Finally, thirdly and most importantly, M Science analysts compare Cyberpunk 2077 to the absolutely biggest titles in the industry. On the one hand, it is understandable - the expectations towards the game are enormous. However, on the other hand... it is worth remembering that CP2077 is still a new IP, not another installment of a recognizable and popular series. What's more, the game belongs to a much less mainstream genre than the CoD series and uses the cyberpunk genre (until recently many considered it a niche).