Productionetile is a YouTube channel whose owner, Etienne, has been publishing LEGO-related videos since 2011. The most popular production on the channel was a trailer of Assassin's Creed: Revelations, recreated frame by frame using LEGO bricks, which has been viewed more than 2 million times. After 9 years, Etienne decided to reconstruct his greatest success and yesterday released a new version of the game's "LEGO" trailer. 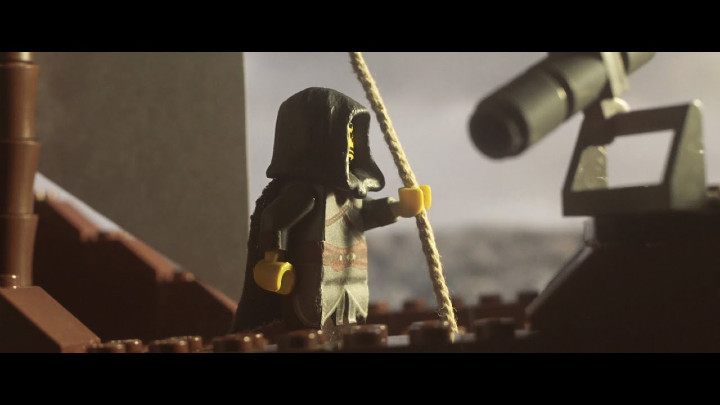 We should all find ourselves an equally creative and safe hobby for the duration of the epidemic.

Creating such a movie requires a huge amount of work. Apart from building scenes and characters, we have to watch the whole original trailer frame by frame, then by means of stop-motion animation, recreate it with LEGO blocks and finally assemble the whole thing. Etienne calls his latest production a remaster of the trailer, which he published in 2011. The author took care of improved lighting, more smooth animation and started using effects such as slow motion, which we didn't see in his first work.

Below is a summary of his two works, which are 9 years apart.

Although no new videos have appeared on the channel for a long time, progress in video editing and creating animations is very noticeable. Both works and the patience they required are definitely admirable!

Productionetile channel features more animations using LEGO blocks. Some are original, others are based on various pop culture works. We can watch videos inspired by Star Wars, Terminator or even the intro to Age of Empires II.