For less than a week now, Epic Games Store users can get The Jackbox Party Pack, a set of five mini-games for social play. The offer will end next week. What title will be available for free afterwards? According to the information on the stores homepage, Axiom Verge a game by the independent developer Tom Happ will be available from Thursday, February 7. The new offer will last until February 21. 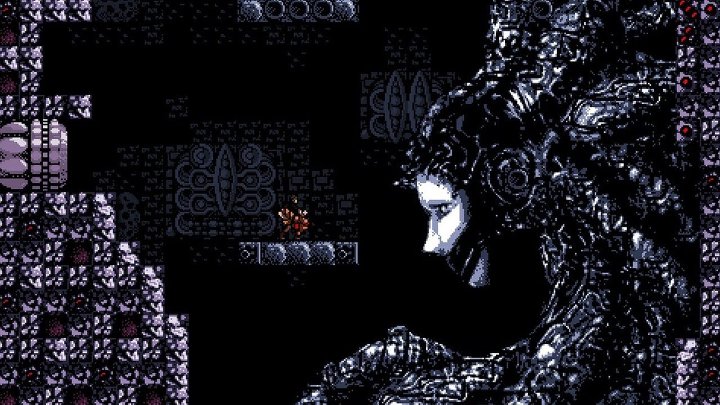 The world of Axiom Verge is mysterious and mildly disturbing.

Axiom Verge is a two-dimensional platform game in the vein of the popular Metroid cycle from Nintendo. In the title we play a man named Trace, who after ends up in a mysterious, futuristic world after being shot dead. His task is to solve the mystery of this strange place and not to let himself be killed for the second time. It will not be easy, however, because the virtually everything in this world wants to murder the protagonist  the environment is full of traps and dangerous enemies. Fortunately, during the battles we are not defenceless. We have more than 20 types of weapons at our disposal, as well as special items that increase the protagonists abilities.

Epics action of distributing games for free on the Epic Games Store began in mid-December. The developers of e.g. Fortnite and Gears of War have an ambitious plan to give away new productions for free every two weeks throughout 2019. So far, users of the new digital PC distribution platform have received, among others, Subnautica and a popular and award-winning "walking simulator" What Remains of Edith Finch. It remains a mystery what games will be included in this offer before the year is done.

We would like to remind you that Epic Games declared an open war on Valve and its Steam. The action of giving away games is one of its elements. Others are reduced publisher profits, revenue guarantees or exclusive titles, even temporarily, the most recent example of which is Metro Exodus.