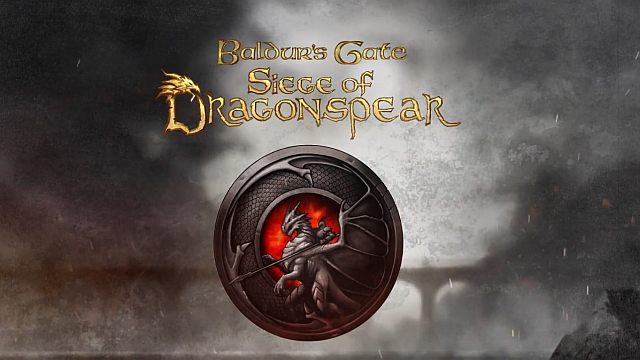 At last! For the first time in 15 years, we can embark on a new adventure in Baldurs Gate setting.
Baldurs Gate: Siege of Dragonspear in short:

It took six months of waiting to learn the specifics about the mysterious Adventure Y. Adventure Y, the new project from Beamdog, was presented as a connecting point linking the two installments of the famous Baldurs Gate RPG franchise. Finally, a few days ago, the truth was unveiled. The new game is Baldurs Gate: Siege of Dragonspear  not a standalone, contrary to some expectations, but an expansion for the 2012 Baldurs Gate: Enhanced Edition. On the other hand, its not just your average DLC  it offers a solid chunk of new adventures and gameplay with a 25 hours long campaign in all of its old school glory. The game is intended mainly for PC (Windows, Mac, Linux  all the major OS) but with mobile editions (iOS and Android) following before long. However, the before long part remains hazy since we know literally nothing about the games supposed release date.

The plot of the new expansion is, of course, connected to the Baldurs Gate I and II but the threat were facing is a new one. Sarevoks defeat saved the world from Bhaals evil child. Or so we think. Siege of Dragonspear gives us no time to celebrate as a sinister crusade from the North draws near led by a mysterious and charismatic warrior known only as the Shining Lady. The rumors say, she may be a child of god - exactly as you are. The player will have to face her eventually and their final confrontation will take place in the abandoned ruins of Dragonspear  a castle, built on a portal connecting to the Nine Hells, that was used before to launch a demon invasion on the Sword Coast

What new features await us in the expansion? Four new companions will join our team: Captain Schael Corwin (human archer), Voghiln the Vast (skald from the North), MKhiin Grubdoubler (goblin shaman) and Glint Gardnersonson (gnome cleric). Theres one more new feature hidden in there  the Shaman class we can now pick for our characters. The veterans may or may not feel rejoiced from this addition since they can import saved games from BG: Enhanced Edition and continue the adventure with their own character. Moreover, after finishing the Siege of Dragonspear, the players achievements can be carried over when beginning a new adventure in the Enhanced Edition of Baldurs Gate II.

Finally, the developers decided to overhaul the user interface and the Infinity engine to make some improvements here and there, but its still the same, good old Baldurs Gate. Plus, the expansion will give us a cross-platform multiplayer co-op mode for up to 6 players. 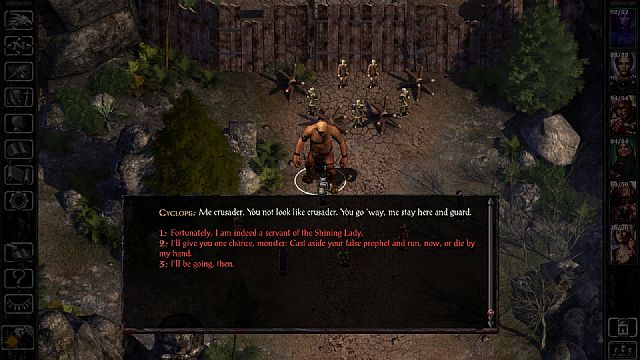 As you can expect, the crusaders serving under the Shining Lady arent necessarily recruited from the Faeruns finest. 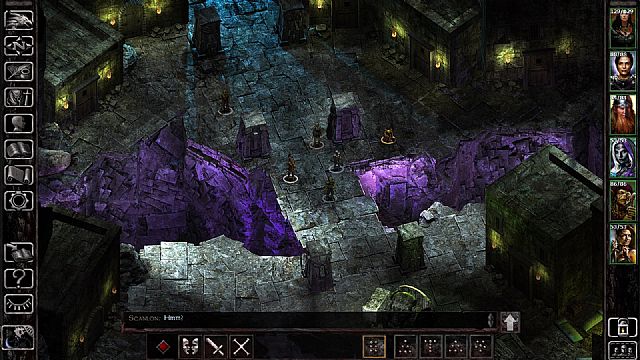 The lost dwarven city of Kanaglym  one of the new locations we can visit in the expansion. 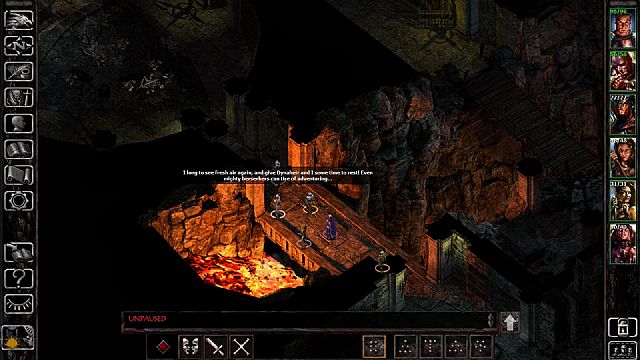 You cant make a Baldurs Gate game without Minsc and Boo. Not this time, at least. And guess what, they brought Dynaheir to boot. 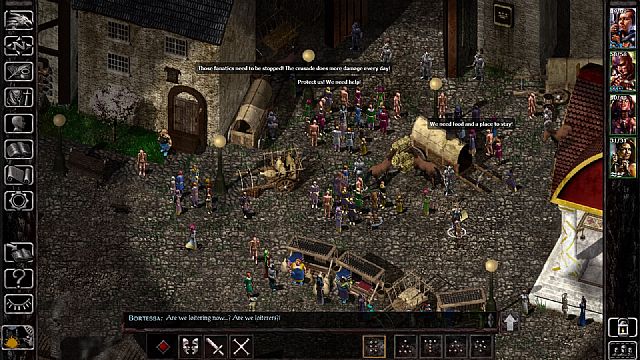