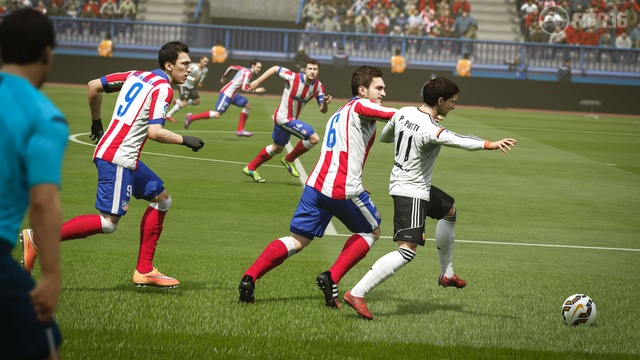 FIFA 16 will be available In September.

Electronic Arts published minimum and recommended system requirements for the PC edition of FIFA 16  this years installment of the highly popular football series.

The game will introduce many changes in comparison to the previous installments. For the first time in series long history, the game will feature womens national teams of twelve countries (Australia, Brazil, Canada, China, England, France, Germany, Italy, Sweden, Mexico, Spain and USA). The teams will be available to play in Kick Off, Offline Tournament and Online Friendly Matches. However, womens teams will only be able to play against other womens teams.

Another important, new feature will be the new mechanics known as  No Touch Dribbling. It enables the player to rapidly change movement direction and deceive opponents by making use of the distance between the player and the ball. No Touch Dribbling can be used by any footballer, albeit its effectiveness will depend not only on gamers skills, but on the footballers stats as well.