In early March, studio DICE showed off planned changes to maps in Battlefield 2042, which we are supposed to receive at the beginning of the game's first season. Now the developers have responded to player feedback.

Over the past month, the developers have been closely monitoring fan feedback posted on the Battlefield forums, Twitter, Discord and Reddit. The result is a new post on the Battlefield 2042's official website. In it, they again refer to the issues raised in March.

Not only Kaleidoscope; covers and movement

A month ago, DICE made it clear that the Kaleidoscope map has priority in the topic of changes. However, the developers noted that players also want improvements on Renewal. Therefore, this battlefield will also be modified in the first season update for BF2042.

Speaking of vehicles: fans have pointed out the excessive accumulation of machines as the main reason why clashes involving 128 players are too chaotic.

Other elements making orientation on the battlefield difficult are not very clear paths leading to flags. The developers have already announced reduction of distance between them and the bases, but players have also asked the developers to "decorate" the route with covers. These are to be added anyway, to slightly reduce long-distance clashes. 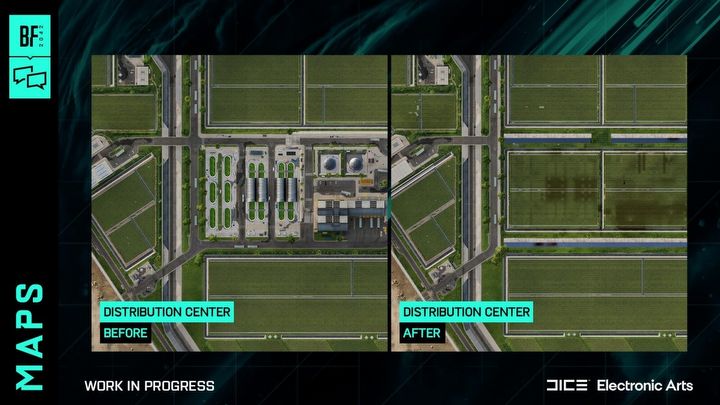 The Future: Season 1 and Specialists

First in line will be the changes related to accessibility and vehicles. These fixes will be introduced in the next update.

Then, as announced in March, the developers will take on the Kaleidoscope and Renewal adjustments that we will receive in the summer update for season one. We'll know more closer to the release of these updates.

As for DICE's next blog post, it will be dedicated to specialists and will take a similar form to the article on maps... assuming the players show patience for, in their opinion, slow fixes to Battlefield 2042 more than four months after the game's disastrous release.

US Senators Have Concerns About Microsoft's Acquisition of Activision

US Senators Have Concerns About Microsoft's Acquisition of Activision

Sony Lays Off PlayStation Employees as Part of 'Global Transformation'