The Elden Ring became the biggest hit of the beginning of 2022. We all expected it to be a hit, but the scale of its success (12 million copies sold in less than three weeks) took almost everyone by surprise.

Like all FromSoftware games, Elden Ring doesn't offer official modding support. The popularity of the game, coupled with the community's extensive experience gained over the years of moding Sekiro and the Dark Souls games, however, meant that many mods appeared very quickly. It's too early for additional adventures and maps (although we hope that sooner or later they will appear), but there are already many projects available, making the gameplay more pleasant and fixing the most serious issues of the game.

HOW TO AVOID GETTING BANNED FOR MODS IN ELDEN RING

You will almost certainly be banned if you play online with active mods.

You can avoid this by playing the game only in single-player mode. This, however, requires disabling anti-cheat and enforcing the offline mode. In order to do that, you must:

4. Launch the game through the renamed file start_protected_game.exe

This will disable anti-cheat and force offline mode, protecting you from bans.

Alternatively, you can use a mod that disables the anticheat, such as Offline launcher (No EAC) or EldenRingEacToggler.

Most of the authors of the mods below gave us permission to host mirrors. In other cases, you will find links directly to their official websites.

Unfortunately, many mods come as regulation.bin files, so by installing one, we uninstall the previous ones, as the file is overwritten. The author of the EldenRingModLoader project is working on a system that will allow to merge several mods into one file, but it's not clear when this tool will be ready.

FPS Unlocker and more, removing the framerate cap and modifying the field of view 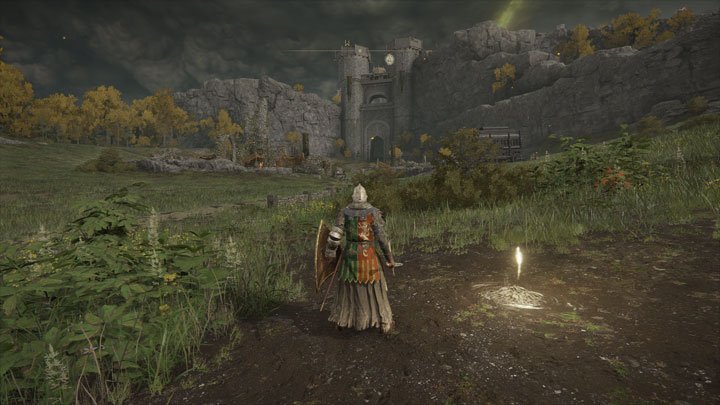 Larger FOV is no problem with mods.

The FPS Unlocker and more was one of the first mods released for the Elden Ring, and it remains the one most players install at the beginning of the game. The project allows you to remove the framerate cap in the game and modify the field of view (FOV).

In turn, Invisible Enemies Bug Fix fixes a bug that made enemies invisible in some situations. It's worth noting that many developers add this mod to their projects, so its separate installation is not always necessary – which is important, because it is a regulation.bin file.

EldenRingStutterFix reduce engine stuttering. Unfortunately, it doesn't solve the problem on all computers and in every situation, but if you have such problems, it's worth checking if this project will fix them. 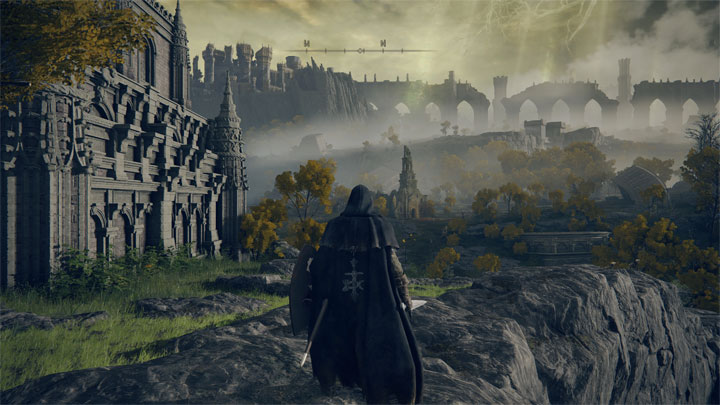 The mod increases LoD settings beyond the maximum value the game allows in the menu, resetting them to the level that was shown in the early promotional videos. Thanks to this, at longer distances, trees, shadows and other objects appear with a higher number of details, while without the mod, they appear in a very simplified form.

The Elden Ring has a restrictive saving system. If that bothers you, fans have developed two handy mods that give you more control over your saves.

This mods makes helmets invisible without losing the benefits of wearing them. It sounds simple, but many people spend several dozen minutes in the character creator, creating the perfect face of their hero, just to immediately have it covered with a hunk of metal. 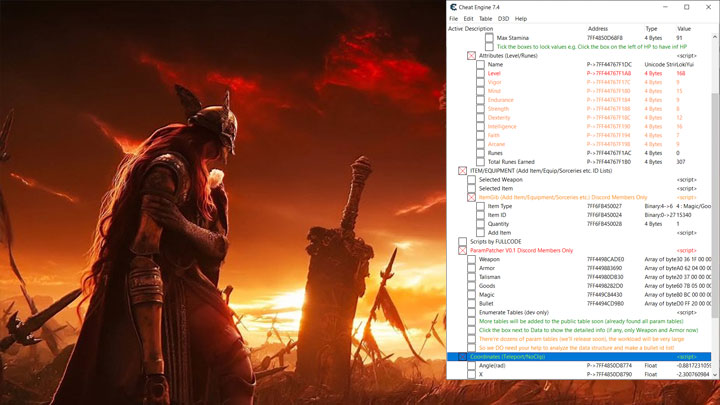 The mod adds a cheat system and allows you to change almost every aspect of the game. Especially the latter is of interest. We have a lot of options. We can, for example, create our own spells, trigger boss fights and edit the world around us. All this thanks to scripts developed over the last decade by fans of the Dark Souls series.

Currently, it's one of the most popular mods for Elden Ring, perfect for people who want to go crazy with the game.

If you've already got to know the Elden Ring well and are looking for fresh challenges, the Item and param randomizer may be an interesting proposition. The project randomly changes items in the game (including those worn by enemies) and allows you to do the same with other elements of the campaign. 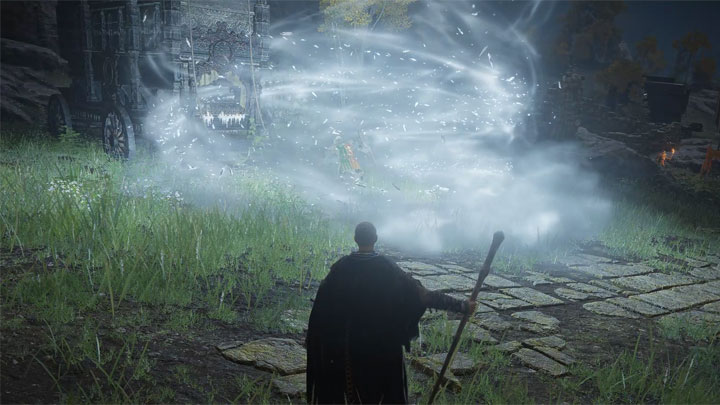 Magic Overhaul – Sorceries introduces many new spells to the game. They replace most of those that exist by default in the Elden Ring.

We advise against using this mod in your first playthrough. But if you like to play with magic and want a fresh spell roster, then this project is perfect for you.

Grand Merchant introduces the counterpart of Honest Merchant from Dark Souls 3. It provides easy access to all items through the crafting menu.

Prepare to Die (Hard Mode) is something for lovers of hardcore hardcore challenges. As the title suggests, the mod pushes the difficulty level even further. Not only have the enemies been strengthened, but also their artificial intelligence has been improved, thanks to which they can fight more effectively and be more alert. 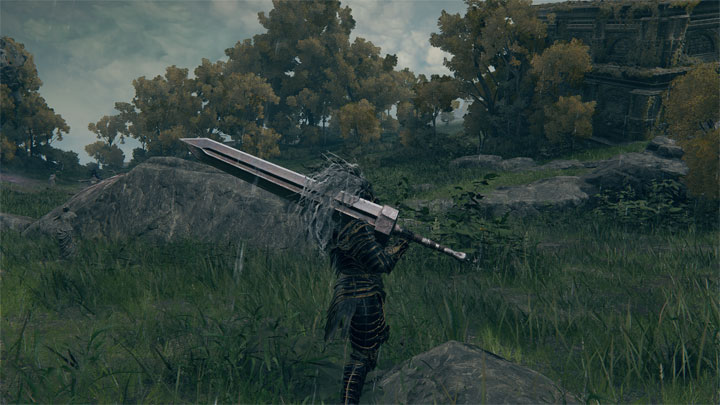 Pause the game allows you to pause the Elden Ring. Simple, but extremely useful.

Of course, there are also mods that facilitate the gameplay and make it easier. The following are especially worth your time:

LEGO Skywalker Saga - How to Play Co-op Without Split Screen