Earlier this year we could watch the first trailer of a new RPG with elements of a card and adventure games - Black Book. Since yesterday, the game's a demois available on Steam, in which we can learn about the origins of the main character. Additionally, it's worth mentioning that a fundraiser on Kickstarter for the game has also started. The creators want to raise at least 35 thousand dollars within the next 31 days. At the time of writing this message, fans have already donated almost 9 thousand, so we can confidently assume that the devs will be able to reach their goal. 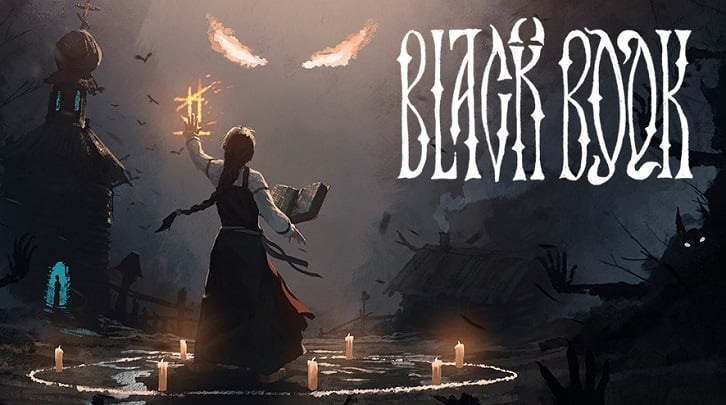 The production of the Russian studio Morteshka (creators of The Mooseman) is to take players to 19th-century Russia, full of local dark folklore and legends. We will play the role of a young girl whose destiny is to become a witch. Nevertheless, the heroine wants to marry her beloved, who dies in unexplained circumstances. So the woman decides to find seven parts of the title book, which, when combined, can make a single wish come true.

The game will contain authentic stories, supervised by expert Konstantin Shumov. The developers also point out that they are working with the Perm City Historical Museum, so the locations in the game will be close to what the Russian village looked like at that time. Black Book will be available on PC via Steam and on PlayStation 4, Xbox One and Nintendo Switch. The game is expected to be released in 2021. The exact release date is not yet known.

Next Call of Duty On Schedule; Great Success of CoD: Modern Warfare