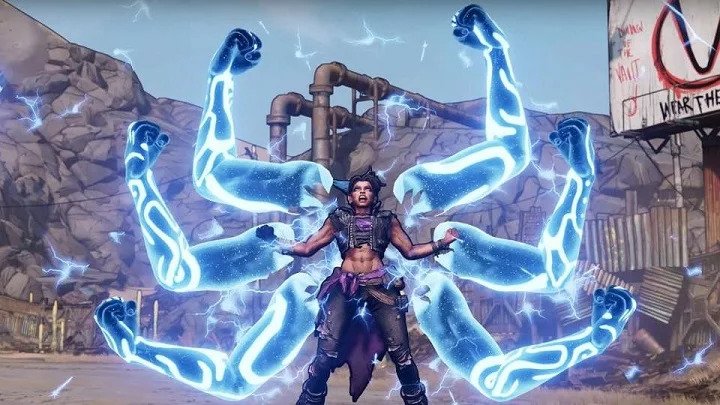 Borderlands 3 quickly reached its peak on Twitch. And it fell just as quickly.

Unfortunately, it seems that Borderlands 3 is not as much of a hit as it looked. It started off very well, with great sales and breaking new popularity records. Despite significant technical problems, which were reported across the Internet, the title was well received by the players. The fact that Borderlands 3 is a temporary exclusive title on everyone's favorite Epic Games store was not a problem.

The game took Twitch by storm, which was proved popularity rating going through the roof. On the day of its launch, Borderlands 3 reached a record 205,000 simultaneous viewers. Unfortunately, the fall from grace was quick and painful. Now, three weeks after the release, the hype for the game has definitely over. GitHyp reports that currently only 8,000 users per hour watch the live streams. This mean a drop in audience by more than 90%, compared to the launch day. Borderlands 3 has even dropped out of the top 20 most watched games.

Let us recall that in April 2020 Borderlands 3 will also be launched on Steam. Maybe then there will be some kind of revival around the game from Gearbox Software. Expansions or possible new modes can also help boost its viewing results. Details of the endgame and post-release support plans can be found at this address.

Borderlands 3 was put up for sale on September 13, 2019. The title was released on PC, Xbox One and PlayStation 4.