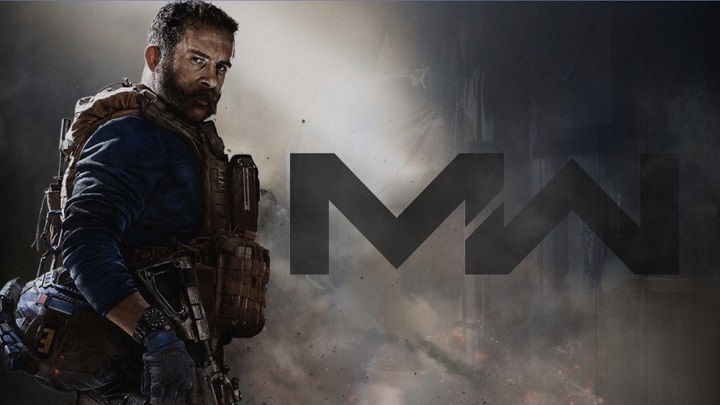 A lot of new information about the upcoming Call of Duty: Modern Warfare.

The multiplayer mode of Call of Duty: Modern Warfare, the game scheduled for October, has been officially announced. A dynamic trailer was presented on a special stream with Infinity Ward studio members, in the rhythm of Metallica's Enter Sandman, and on it gameplay from battles in several multiplayer modes. Two days earlier there a closed show for journalists took place, where we had the opportunity to be thanks to the invitation of Activison. You can read about our first-hand impressions in a comprehensive preview. Everyone interested in the new edition of multiplayer will be able to check it out in person during the open beta tests scheduled for September. Here, however, let us focus on the facts that have been revealed.

New engine powering Call of Duty: Modern Warfare allowed for creation of much larger maps for standard gameplay modes, so that for the first time in COD history (not counting last year's battle royale BlackOut mode) we will get battles with a much larger number of players. Solid facts have not yet been given, but the tests are for 40, 50, 64 and 100 people playing at the same time. The full number of game modes is not yet known. So far, the following have been presented:

New are the battles on maps in complete darkness, where the main role is played by night vision equipment, which, thanks to the new engine capabilities, allows tactical use of light, such as dazzling the enemy in NVG by switching on a lamp in the room.

The devs also emphasized the fact that the season pass was cancelled and the new content will be released for free, as well as the possibility of crossplay. Fair selection of players is to be provided by the solution known from Fortnite, so the matchmaking will be based primarily on the type of controller.

Apart from all these big, major changes and novelties, multiplayer in Call of Duty: Modern Warfare is also full of smaller, more detailed solutions, which Infinity Ward has divided into three categories: location design, gameplay mechanics and gunplay, i.e. the feel of shooting.

When designing the maps, the creators were inspired by the operations of real special forces, adjusting the size of the location according to the number of players. During the game we will be able to choose from:

The devs also tried to avoid the well-known map design system with three parallel roads. Instead, we are to see greater verticality in the locations that allows us to operate at different height. Some buildings are supposed to be a kind of environmental puzzle - for example, with the possibility of getting on the roof of a building in which all stairs and ladders have been destroyed.

In some cases, the new mechanics will border on solutions usually available in realistic tactical shooters. The first one is several ways to open doors. They can be tilted slightly to throw a grenade, kick it down, shoot it through or blow it up with a C4. The aforementioned tactical use of light and night vision goggles will also play a significant role.

Weapon recoil will be significantly decreases if, after pressing the appropriate button, we rest it against environmental elements - not only horizontally, such as a window sill, but also vertically. All covers and walls in the game will be penetrable by bullets, depending on their caliber. A 9mm pistol bullet will not penetrate a thick board, but an AK-47 bullet will even pass through a metal plate. Each projectile will be a physical object that travels some way through the map, not a registered laser point, so it will be necessary to take a correction on a moving target for long-distance shots.

Killstreaks (i.e. rewards for an uninterrupted series of kills) return to Call of Duty after a break, in the form of an attack with heavy equipment or passive team support with an observation drone. You can choose from air raids, a guided Cruise missile, a helicopter attack, an armored combat vehicle on a map to be manned by several players, combat drones and armored Juggernaut suit with a minigun.

Shooting mechanics in Modern Warfare were built from the ground up, with emphasis on the sound layer of shots and everything that accompanies them, as well as animations of rifle reloading and recoil. Twenty sound channels have made it possible to vary the sound of shots according to room and open space and whether we shoot from the hip or through optics. Also empty casings have specially recorded noises, taking into account what surface they fall on or what they bounce from.

Recoil animations show, first of all, the realistic backwards movemwnt of the rifle, which is combined with small reflexes of the shooter's head. The reloads are still very fast, but accurate - with a clear indication of e.g. a characteristic hand tap on the bolt of the MP5. A new feature is the ability to load a new magazine without taking our eyes of the aiming sight, the so-called ADS reload (aiming down the sight reload). There is now a correlation between movement speed and the time we need to aim - the faster we run, the farther we hold the weapon from our heads, which translates into a certain difference in the so-called quickscopes.

The devs tried to make weapons the "main character of the game", and all the mechanics introduced are to provide us with the best possible feelings during shooting, guaranteeing above all the perceptible power of firing each projectile. The gist of this is the gunsmith's workbench mode, in which everyone will be able to adjust guns and pistols to their own requirements and tastes, just like real operators do. It will be possible to create a marksman weapon from a short M4 carabine by changing the stock, barrel and adding scope.

After the presentation it seems that all loyal fans of multiplayer in COD will get their favourite, dynamic multi again, but much refreshed and modernized. New possibilities, especially bigger maps and more players, are an encouragement for anyone who gave up due to stagnation and more of the same every year. This time it seems that we can finally talk about a new quality. How will it turn out eventually, we will see in October - after all, no details of the inevitable microtransactions have yet been revealed. Earlier, we will be able to try out the multiplayer mode during the open beta sessions scheduled for September. We're supposed to see even more in it than what was revealed at the August show.

Call of Duty: Modern Warfare will be released on October 25 on PC, PlayStation 4 and Xbox One.