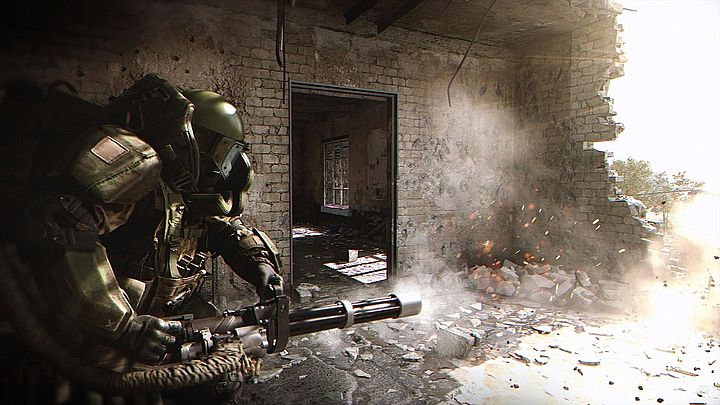 Are you waiting for the new COD?

If you missed killstreaks, Infinity Ward has great news for you. The developer of the upcoming Call of Duty: Modern Warfare has uploaded several pictures on Twitter presenting the awards for a series of kills. We will probably learn more about them during Thursday (01.08) presentation of the multiplayer mode, which was announced some time ago by the studio.

The return of killstreaks should please most of the players who feared that they would be missing in this year's installment of the franchise. The system will probably not differ from what we've been accustomed to by the previous parts of Modern Warfare subseries - for killing several rivals in a row (without dying) we'll unlock better and better rewards. Speaking of rewards, below you can see what the devs have prepared in this year's edition.

The first prize is the Juggernaut - assault suit, which we could see during the presentation of the game at the E3 2019 fair. The second prize is a combat infantry vehicle with a mounted .50 cal machine gun. The final reward is white phosphorous, a special air-to-ground weapon that can confuse enemies with smoke and burn them to a crisp if they happen to be too close. The presence of such rewards may suggest that vehicles will return in multiplayer mode. However, we will have certainty only after Thursday's presentation.

Call of Duty: Modern Warfare will go on sale on October 25, this year. The title will be released on PC, Xbox One and PlayStation 4.