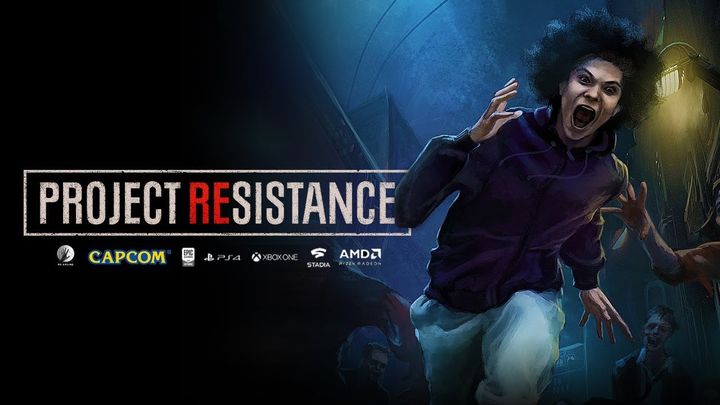 Capcom recently introduced Project Resistance, a new installment of the Resident Evil series, which will be a production aimed at four-person cooperation, reminiscent of e.g. Left 4 Dead. Some players reacted critically to this announcement, believing that the franchise should stick to the proven formula. It turns out that the game's producer Matt Walker understands this point of view, but at the same time he is convinced that if the players give his work a chance, they will see that it is still a real survival horror.

"The most important part? That its a great survival horror experience, if non-traditional. I think we confuse things when we make things related to IP that dont actually stay true to the core spirit of the IP, but this project happily doesnt fall into that trap.

I cant wait till the Closed beta to have more people actually play it and see how it is a refreshing new take, but very surely survival horror at its core. People who have played it have been positive, and I hope during CBT [closed beta-test - editorial note] even more people will have fun playing it," we read.

According to the developer, Capcom must offer customers new experiences and mechanics - otherwise people will just get bored.

"My take - we as a company need to continue to branch out and try to offer up new Gameplay in addition to refining the experiences people expect from us. If we just continue to offer up the same thing over and over again, people will gradually lose interest with what were making," said Walker.

The fears of the players are understandable. The Resident Evil series at some point strongly departed from what made it interesting (the fifth and sixth part of the series gravitated more towards action games than survival horrors), and Capcom has already tried to create on online title for this franchise - this is how Umbrella Corps was created. In recent years, however, the Japanese have done a lot to rebuild the image of RE - first we got a great (but also slightly different from the previous editions) Resident Evil VII, and then a well received remake of the second part of the series. Maybe the developers will succeed in this experiment as well. All we can do is keep our fingers crossed for that.

Project Resistance is is coming to PC, PlayStation 4 and Xbox One. The release date is unknown.