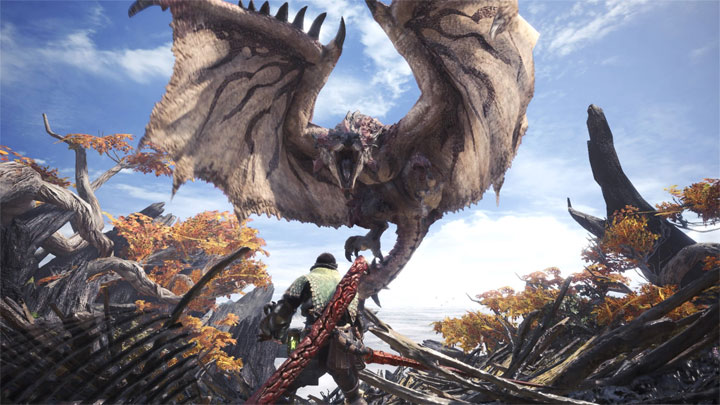 Capcom has published its financial report for the third quarter, that is the period from October 1 to December 31 2019. The report informs that the biggest hit of the publisher, Monster Hunter: World, has already found over 15 million buyers. In turn, the sales of the first expansion to this game, titled Iceborne, exceeded 4.5 million units. It is worth adding that both results also include sales of Monster Hunter: World Master Edition, i.e. a set containing the base game with the expansion.

Resident Evil 2, on the other hand, has moved over 5 million copies. The publisher also stated that the company is satisfied with the results of Devil May Cry 5, but no specific figure was given for this production.

The report also shows well how important digital distribution is for the company. It accounted for 372.2 million of the $485.2 million in revenue. The publisher also admitted that most of the sales of Monster Hunter: World - Iceborne used the same distribution channel.

The company expects good results for the current quarter. In January, a PC version of the Iceborne expansion was released, and this month will see the release of Street Fighter V: Champion Edition and Megaman Zero/ZX Legacy Collection. In addition, this winter the mobile game Monster Hunter Riders is to debut on iOS and Android.