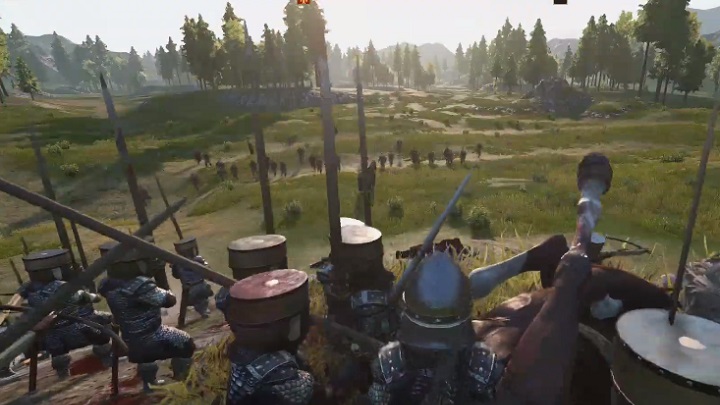 The Children's Crusade in Bannerlord is doing horrifyingly better than its historical counterpart.

Recently we wrote about a secret (and apparently already removed) option in Mount & Blade II: Bannerlord, enabling us to turn our avatar into a child. Contrary to logic, this proved to be useful in combat - after all, it's hard to hit someone who can completely hide behind a shield. Apparently, this combat (and comedy) potential encouraged some to create... a children army. Okoii from YouTube boasted of the conquest launched by his juvenile killers, who apparently don't take any prisoners. You can watch one of his videos below.

Okoii is not the only one who decided to test the effectiveness of underage warriors. A similar test was carried out by, among others, the Rimmy - Downunder Gaming channel, although initially the host decided to use a small elite unit instead of a whole army. Both users also used different mods. In Okoii's case, it was the Detailed Character Creation mod, enabling the user to freely change character parameters (weight, age, body structure, etc.), including NPCs. Child Concripts used by Rimmy allows for forced conscription of children from villages. However, in both cases, the juvenile troops proved surprisingly effective in combat.

Even before the game's release, TaleWorlds promised that modders will be given a lot of freedom, and Bannerlord will enable them to modify any element. I wonder if the Turkish developers predicted the far reaching consequence of their easter egg, which inspired the players to lead undefeated armies of minors to battle against adults?