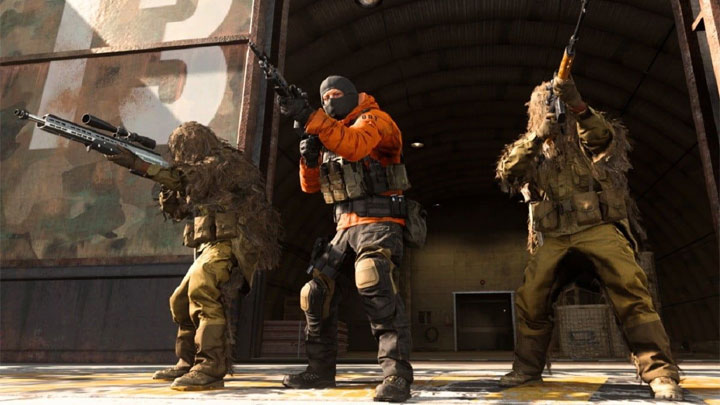 Fans of Call of Duty: Warzone didn't have to wait long for trio mode to return.

There's a lot going on in Call of Duty: Warzone, the freemium online shooter. First of all, the devs have restored the trio mode, which enables us to play in teams of three. It has recently been replaced by a four-player variant, which has provoked a very negative response from the fans. The quads mode is interesting in itself, but fans didn't like losing the previous option. The devs listened to their voice and only two days after the controversial change, once again enabled us to play both trios and quads.

The quick reaction of the developers is no surprise. The competition in the category of freemium shooters is lethal and no one can afford to annoy the player base without a good reason.

The devs have something to fight for, because for now the game is doing great. The devs have just boasted that over 50 million players have already played Call of Duty: Warzone. This impressive result was achieved within 31 days of release.

By comparison, Apex Legends boasted 50 million users 28 days after its launch, while Fortnite: Battle Royale took 16 weeks to reach 45 million players. Call of Duty: Warzone also has other achievements. It was the most downloaded free-to-play title on PlayStation 4 in March, this year.

Maintaining Call of Duty: Warzone's good run will require constant development. A clue to developer plans in this regard is provided by the game's main menu. Fans have noticed that the visible dam has been modified and the water has begun to come out of it. However, the same location on the map remained the same. This may indicate that the developers are planning to modify the level or introduce some kind of event.

As a reminder, Call of Duty: Warzone was released on March 10 and is available on PC, Xbox One and PlayStation 4.