Enthusiasts of Company of Heroes await the release of the third installment of the series, but in the meantime many fans do not stop working on mods for the first installment. The latest fruit of this is version 4.0 of the excellent modification called Battle of the Bulge for Company of Heroes: Opposing Fronts.

We waited a long time for the new build. The previous one, numbered 3.5, was released back in 2013 and most players had lost hope that the project would be further developed.

Recall that the mod recreates battles in Belgium and Luxembourg during the winter period from December 1944 to January 1945. To this end, dozens of new maps and units were prepared and gameplay mechanics were heavily rebalanced. On top of this, the level of realism of the virtual skirmishes has been significantly increased.

One of the most important changes is a significant increase in the importance of logistics during battles, as with the mod all units need to replenish ammunition and fuel supplies. Armored clashes have also gained in realism, thanks to the implementation of real strength for armor, among other things.

Company of Heroes: Battle of the Bulge - what's new in version 4.0 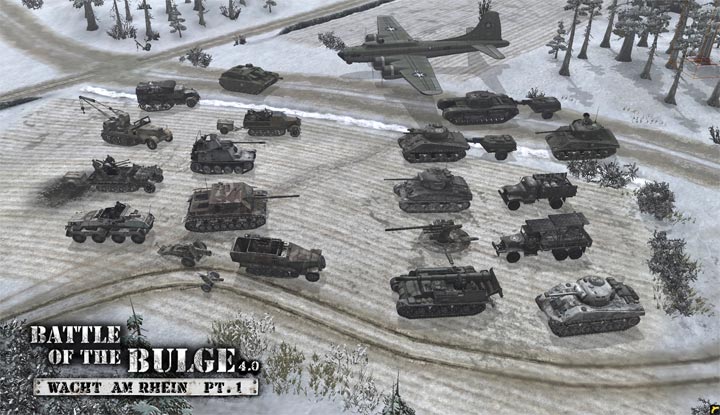 New units added in version 4.0 of the mod.

Version 4.0 of the mod brings many new features, including:

Importantly, the German campaign is only the beginning. After all, further plans include the development of a campaign for American troops. So everything indicates that after long years of silence the mod's authors are back for good, and we can expect many more updates in the future.

Disney Prepares Its Own Sims With a Touch of Stardew Valley and Fortnite; Gameplay Released