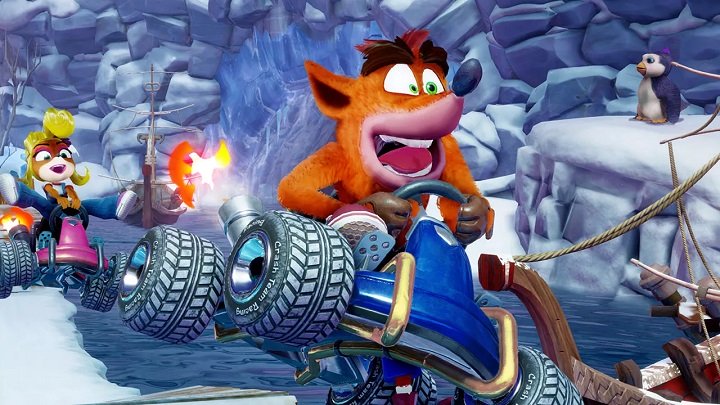 The great go-kart racing game may soon hit the PC.

There are many indications that a PC version of Crash Team Racing Nitro-Fueled, a remake of a classic PS1 racing game, is being developed. So far, last year's refreshed release launched on Xbox One, PlayStation 4 and Nintendo Switch.

The source of the speculation is the official website of the game's publisher, Activision. It appears that Windows has appeared among the supported platforms listed in the support section related to online gaming in Crash Team Racing Nitro-Fueled.

It's possible that this is just a mistake, so until the official announcement of the port we advise you to take these reports with a grain of salt.

However, we hope that this speculation will be covered in reality. Crash Team Racing Nitro-Fueled proved to be a very successful remake, warmly welcomed by the industry media. On Metacritic, the PlayStation 4 version received an average rating of 83%. The Xbox One version boasts an 84% rating and the Switch version has 80%.

In addition, Activision has previously released on PC Crash Bandicoot N. Sane Trilogy and Spyro Reignited Trilogy, refreshed versions of other classics from the first PlayStation. So it would be nice if Crash Team Racing Nitro-Fueled joined them.