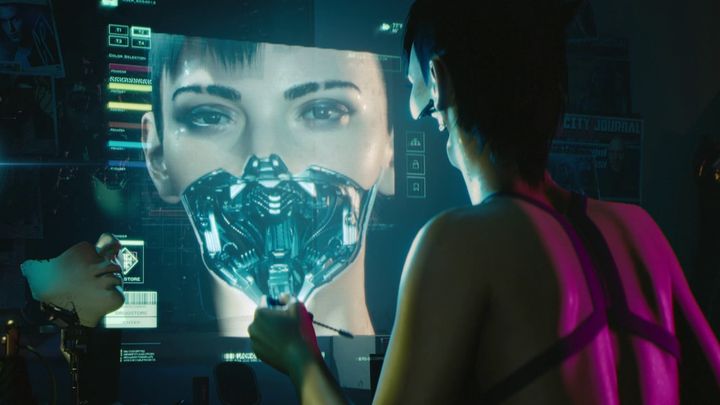 Body modification is the norm in the world of Cyberpunk 2077. Why should it be different with gender?

During E3 2019 Mateusz Tomaszkiewicz, the quest director from CD Projekt RED, gave an interview to Gamasutra. The theme of the conversation was of course the upcoming futuristic RPG Cyberpunk 2077, which the Polish studio presented at closed shows. One of the topics of the conversation was the approach to transsexual characters - it turns out that the company is working on certain solutions in this area. Players are to be given the opportunity to adjust their silhouette and voice to better match their preferred gender.

- It's a very sensitive and important subject I believe. We have put a lot of thought into this. One of the things we want to do in the final game (which we couldn't show in the demo yet, because as you mentioned it's a work in progress) is to give the players as many options of customization in the beginning of the game as we can. For example, we want to do this thing where, as you create your character, after you choose the body type, you can, for example, use physical traits as you build your face that could be assigned to a man or a woman," said Tomaszkiewicz in response to the editor's question.

- Or nonbinary. The idea is to mix all of those up, to give them to the players, as they would like to build it. Same goes for the voice. We wanted to separate this out, so the players can choose it freely. This is something we are still working on, it's not as easy as it sounds. This is one part of it. In terms of how we depict the characters within the setting itself, of course, yes, we are paying a lot of attention to it, we do not want anyone to feel like we are neglecting this, or treating it wrongly," said the developer.

It is worth noting that Mateusz Tomaszkiewicz's statement appeared shortly after one of the commercials displayed in the game world aroused controversy over the way in which a transsexual character was presented. The creators explained at the time that such things must be seen in the context of a dark, depraved future, which their game will try to show, in which people are often treated as objects - regardless of gender. 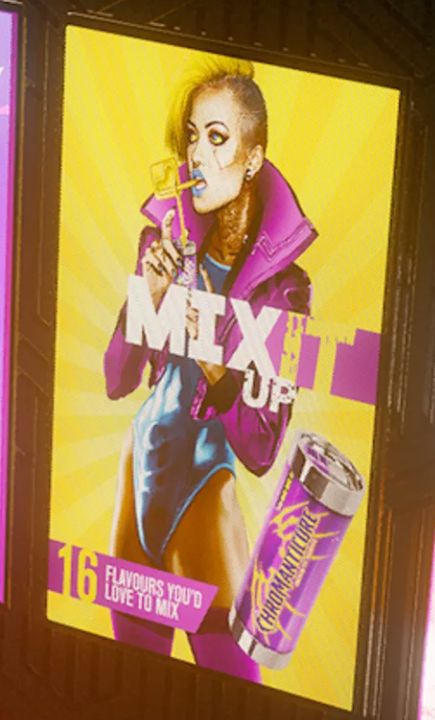 A controversial ad in Cyberpunk 2077.

These are not the only allegations of stereotypes in presenting minorities - the editor of Rock, Paper, Shotgun, in his impressions from the presentation of Cyberpunk 2077 wondered whether the creators are sure to approach with proper respect the different cultures and environments that they plan to show in their game. On the other hand, there are also people who are happy that their minorities will be represented in the game from CD Projekt RED.

Cyberpunk 2077 will debut on April 16 on PlayStation 4 and Xbox One.