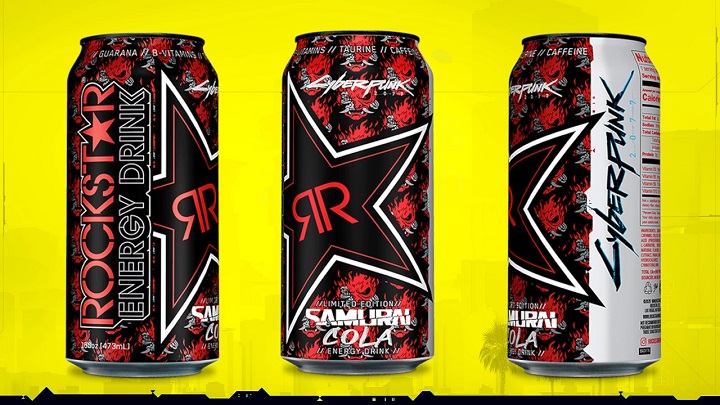 If you believe the last date given by CD Projekt RED, we have less than 3 months left until the release of Cyberpunk 2077. Apparently, the creators decided that players will need more energy to reach the debut day of this long-awaited game. This would explain the announcement limited edition of energy drinks under license of Cyberpunk 2077 - Samurai Cola. The series produced by Rockstar (no, not that Rockstar, but an American energy drink producer) is soon to be available in the USA. The announcement is accompanied by a trailer showing the creation (or rather reprogramming) of the product.

We must admit that after years of silence and modestly disclosed and very general information, the developers do not let us forget about their upcoming project. Since the presentation at the E3 2018 fair, we have been constantly receiving reports about the game. Moreover, the upcoming launch has resulted in a handful of initiatives advertising the game. Free gadgets, figurines, comic books, limited consoles editions, gamepads, GPUs - these are just a few examples of almost pushy marketing of CD Projekt RED. Let's hope that the game itself will be as good as the accompanying publicity suggests. Cyberpunk 2077 will be released on November 18 on PCs, Xbox One and PlayStation 4, and ninth generation platform releases (i.e. PS5 and XSX) with next-generation upgrade are also on their way. For the PC version, we'll soon learn the game's system requirements.