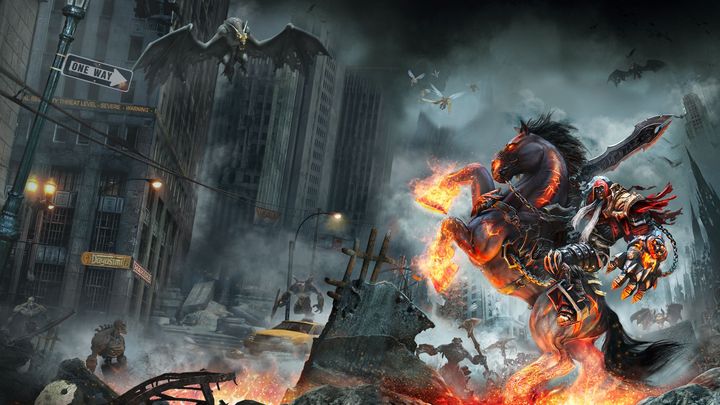 A detailed plan of the fair appeared on the official website of E3, including descriptions of individual events in which we can participate. One of the entries reveals that a new game from the Darksiders series will be announced at the fair and it will "lead the franchise in a new direction". The panel dedicated to the series will be held on June 13 at 10:30 AM.

The rights to this series are currently in the hands of THQ Nordic, which, as we know, has several dozen unannounced projects in store. It seems that one of them is the fourth part of the series focusing on the adventures of riders of the apocalypse. It is worth remembering that the third installment - created by Gunfire Games - debuted only six months ago and despite mediocre scores (average 64-70% on Metacritic) sold quite well. A continuation was therefore only a matter of time, but such an early announcement is a surprise.

The natural protagonist of the next part of the cycle would be the last of the riders, known as Strife. Interestingly, before the collapse of the original THQ (its assets were subsequently acquired by Nordic Games, which renamed to THQ Nordic) and the dissolution of Vigil Games (the studio behind the first two installments of Darksiders) there was already a game planned for this character. It was supposed to be a title offering... co-op mode. Who knows, maybe the publisher is planning to return to this idea? It would certainly be something new for the franchise