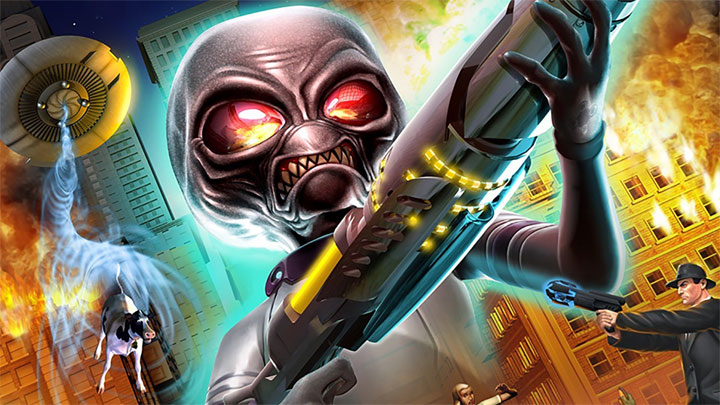 Destroy All Humans! is among the comeback candidates.

There are only a few weeks left before this year's E3 edition, so more and more publishers are starting to share information about their plans for this event. THQ Nordic has just announced that it will be showing two unannounced games at the fair.

The first of these projects is to be a remake of the "galactically popular franchise". THQ will organize a presentation of the game behind closed doors but will provide a recording of the game.

The second project is described as "a new vision of a beloved franchise". There will also be a private show here and the participating editors will receive a gameplay to share with the rest of the world.

Unfortunately, no further details were given. THQ Nordic has bought a lot of classic IPs in the last few years, so there are many possibilities. Speculations include series such as Destroy All Humans! TimeSplitters, Kingdoms of Amalur: Reckoning or Alone in the Dark.

Let us remind that this year's edition of the E3 fair will be held on June 11-13. The company did not announce its own conference. It is therefore possible that both projects will be disclosed during the console manufacturers' presentations. We expect THQ Nordic to provide a lot of new materials from upcoming games such as Biomutant, Desperados III and Monster Jam: Steel Titans during the event.

If you are interested in learning more about this year's E3, please refer to our conference schedule and the list of confirmed projects that will be presented during the fair.