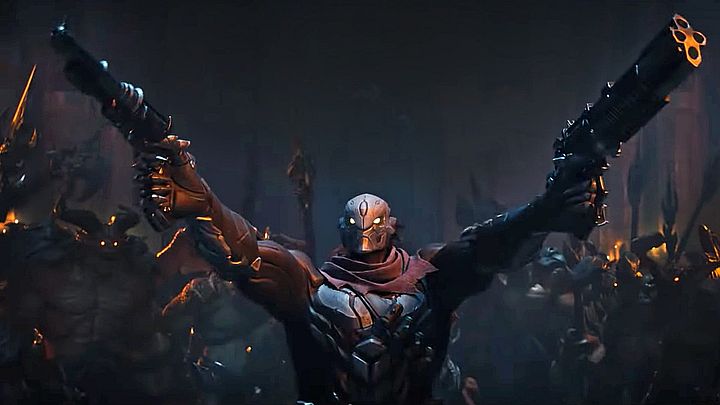 Today, we've seen the PC launch of Darksiders Genesis, spin-off to the main series (and also a prequel), realized in the form of an action game with RPG elements. One of the biggest attractions of the title is the possibility to play in 2 people on one screen. The game has been released so far only on PC, but a console edition is also planned, schedule to be released on February 14, 2020. A lot of reviews of the title have already appeared on the web and they are rather positive.

On Metacritic, the average score of the game is 77% (PC only). This is slightly lower than the note issued by our colleague (8.5/10). In his review he praised the dynamic combat system, which requires thoughtful action from the player, as well as well-designed platform stages, full of puzzles and secrets. There were also some minor mistakes, such as unintuitive map and occasional freezing of characters. Summary, Darksiders Genesis is a noteworthy position:

"I expected a lot less from Darksiders Genesis than I got. The developers managed to positively surprise me. Browsing the Web, I've seen a lot of comparisons to Diablo, so I expected a hack'n'slash; meanwhile, I just got Darksiders in an isometric variant that really delivers. I'd even venture to say this game is better than Darksiders 3, which I found rather mediocre."

What do other reviewers think about the game?

As you can see, the web is dominated by positive reviews of the game, although there were also voices of criticism. The game takes flak mainly for mediocre story, which we are unlikely to remember for a long time, as well as boredom and repetition. Some reviewers also point to the untapped potential of the game in cooperation. Others claim that Darksiders Genesis is the biggest positive surprise of 2019 and can successfully compete with games with much higher budgets. The boss battles are praised and the fact that the game, despite the change of mechanics, remains a Darksiders-style experience. But you have to make your own final judgement in this matter.

Remedy are Extremely Proud of Control

Witchfire - New Gameplay and Behind the Scenes