The topic of Days Gone has been silent for months. However, the latest work of Bend Studio will be available for sale on time (26 April 2019). Sony Interactive Entertainment published a new trailer presenting the world of the game and the dangers lurking in it (it begins a short series, which includes three materials devoted to the key elements of the game), as well as shared specifics on the content of special editions and bonuses waiting for players who order this title before the release.

Let's start with the fact that the postapocalyptic "sandbox" baptized as Farewell Wilderness will be divided into different regions. We will find densely forested areas (where it will not be difficult to meet wolves), volcanic wilderness with a network of caves (which are ideal hiding places for Freaks, the local equivalent of zombies) and finally snow-covered hills (where we will meet both Freaks and wild animals). Regardless of where we go on the expedition, it will be worth considering the possibility of meeting with bandits (some time after the outbreak of a pandemic that changed people into "living corpses", lots of people searched for a shelter, but not all of them can be considered friendly) as well as changing weather conditions, which also can be the cause of bloodshed. 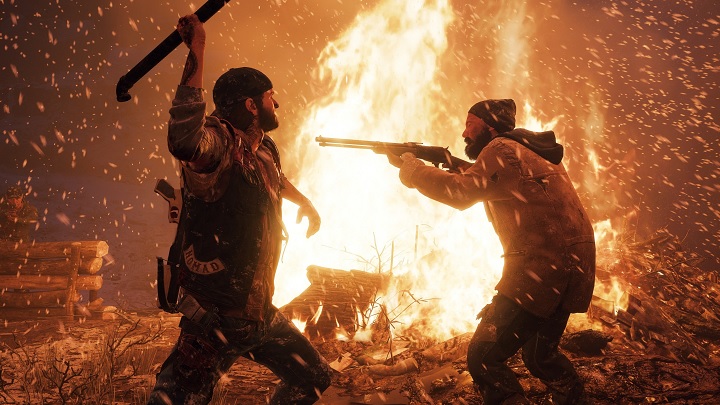 The world of Days Gone will be swarming with dangers (not only in the form of Freaks).

Players who pre-order Days Gone will receive bonuses in the form of faster access to Drifter Crossbow and motorcycle upgrades (such as a shield to increase defense against attacks, nitrous oxide installation and a larger tank). In addition, those who make a purchase on PlayStation Store will also receive a dynamic Days Gone Sawmill theme for use on the PlayStation 4 home screen.

In addition to the standard edition of Days Gone, two special editions will be available for sale. The first one, the Digital Deluxe Edition, will include: 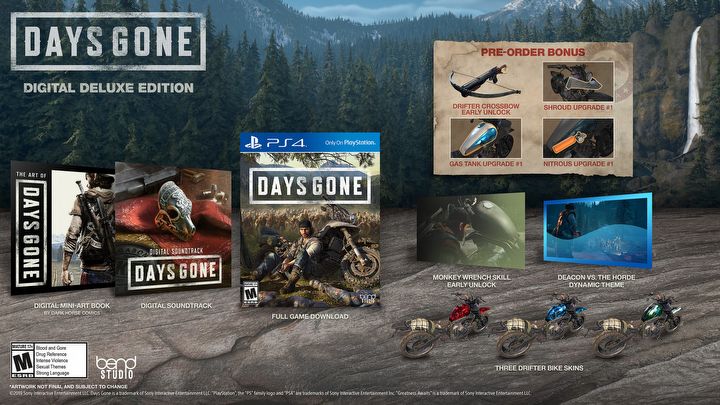 The second special edition of Days Gone is the Collector's Edition, for which we will pay 139.99 dollars. In addition to the entire content of the Digital Deluxe Edition, we will find additional stuff like: 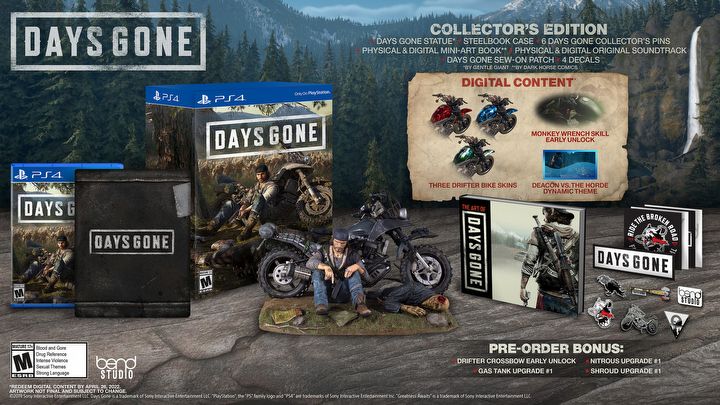 Power Rangers fighting game is in the works