For days are left until the release of Dead Space remake. Motive Studio has refreshed the 2008 game not only visually - as noted in our announcement, the developer has made many minor changes, including reworking cutscenes and improving controls and camera work. It turns out that this is not all. In fact, the game's storyline was also modified.

We found out about this thanks to a list of achievements that appeared in the PlayStation database. You can get acquainted with it here. Admittedly, it counts the same number of trophies as the one from the original (48), but when comparing them, there are significant changes.

The most important one seems to be the addition of a silver achievement called Reunion, whose description reads "See an alternative ending on any difficulty level." If you played the original, you will surely remember that there was only one finale in it. This means that Motive Studio has introduced some changes into the storyline of the remake of Dead Space, enabling the players to decide the ending of Isaac Clarke's first adventure.

However, the core of the plot seems to be the same as in the original, with the campaign still consisting of twelve chapters. So if you're worried about it, you (probably) do not have to.

Trophy hunters will be happy to know that in the remake of Dead Space they won't have to agonize over an achievement called "Don't get cocky, kid", which is a reference to the words of Han Solo from Star Wars: A New Hope, spoken to Luke Skywalker when he shot down a fighter jet ("Yeah, great kid, don't get cocky!"). It involved destroying all incoming asteroids with the ADS cannon in Chapter Four, without allowing the ship's hull integrity to drop below 50%. Many people had a problem with this, making the trophy itself one of the least frequently earned.

As for the strictly gameplay changes, which should come out in the remake's favor, here you can take a look at the refreshed map. We have to admit that it is much clearer than the one from the original (see graphic below). 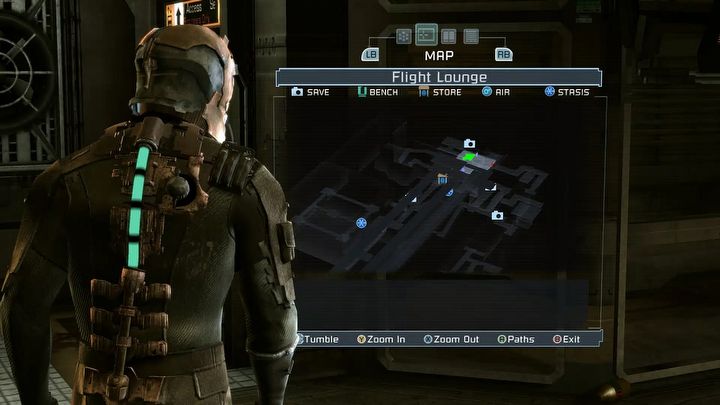 As a reminder, let me add that the remake of Dead Space will debut on January 27, on PC, PS5 and XSX/S. The embargo on reviews will be lifted on January 26, so we'll be able to find out about the quality and condition of the game a little earlier. It is already known that on consoles there will be option to play at 60 frames per second. Here you can check the system requirements of the game on PC, while here you will find a visual comparison with the original.

The Last of Us Game Sales Boosted by TV Show