For the past few days, the entire industry has been living with the leaked footage of Grand Theft Auto VI. It presents the game at an early stage of development, so the graphics are far from what the full version will offer - many of the visible elements are placeholders, and some are taken from earlier assets. However, there is no shortage of players who are unaware of this and criticize the quality of visuals in GTA 6. Usually they would only be laughed at, but this time something more positive came out of it.

It all started with a post by a Twitter user AvgGuy. With the confidence only possessed by people who don't have the faintest idea about the issue on which they are speaking, he stated that "if you knew how game development goes, you'd know that visuals are one of the first things done" He was quickly flooded with critical responses and deleted the post, but nothing dies on the web. 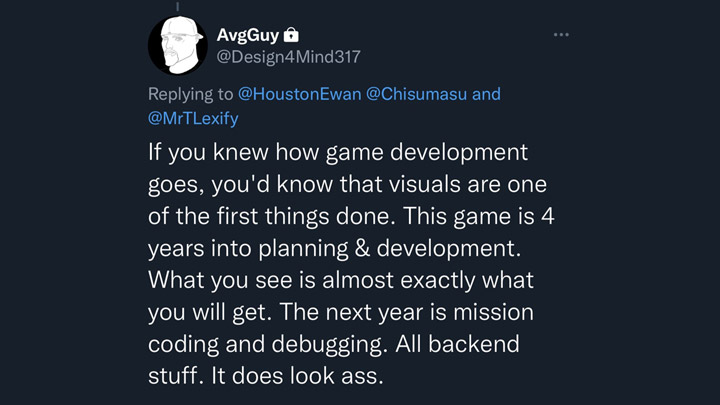 This time, however, such a post had a positive effect, as it inspired many developers to share footage from early versions of their games. These videos offer a rare opportunity to peek behind the curtain of the development process and enable us to see how ugly the games that are later appreciated players upon release, such as Control, Cult of the Lamb, Destiny or Uncharted 4: A Thief's End, are in their infancy.

Finally, it's worth mentioning an amusing post by Sam Barlow, the creator of, among others, Her Story and Telling Lies. He posted a screenshot, modeled on other shown examples, of an alleged early version of his latest project, i.e. Immortality. The image purports to show the game at the stage of AI prototyping and the combat system. It's an obvious joke, as it's an FMV adventure where there is no combat. 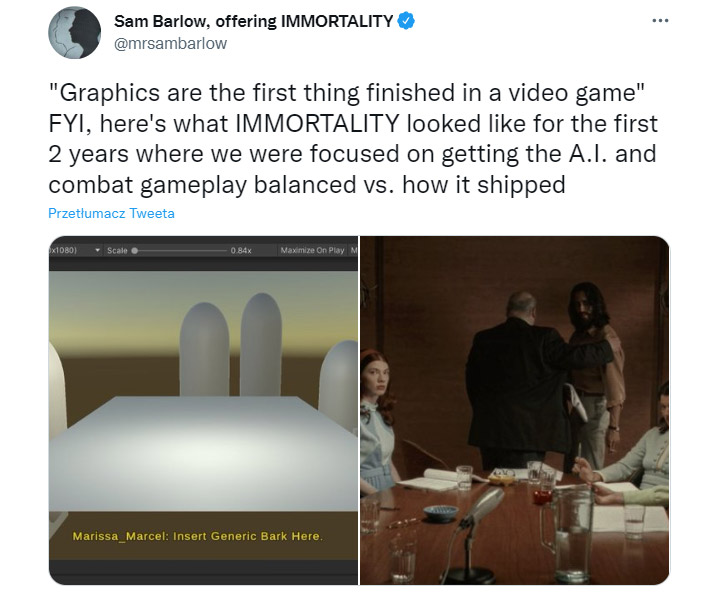 Construction Simulator Multiplayer and Is There Region Change Option?