Last week, we informed that DICE is ending the development of Battlefield V. As it turns out, a similar fate awaits Star Wars: Battlefront II, which will receive its last update tomorrow (April 29). The update, titled The Battle on Scarif, will enable the players to take part in battles taking place in a tropical landscape inspired by the locations from Rogue One: A Star Wars Story. The devs hope that after its release, their work will have a long life ahead of it thanks to the challenges and regular special events waiting for the players. 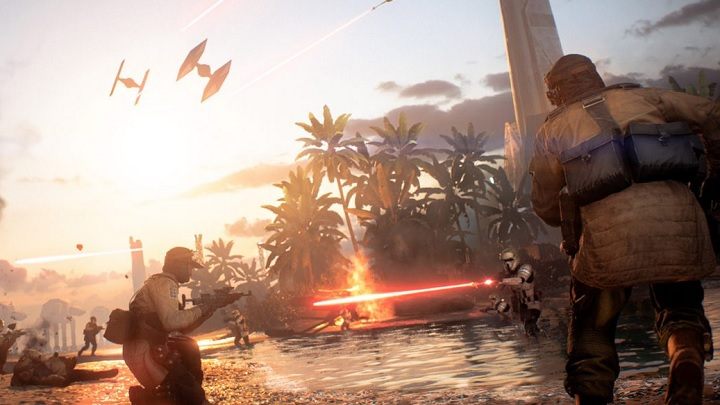 Battle on Scarif is the last big update to Star Wars: Battlefront II.

End of support for both games enables the team at DICE to fully focus on the sixth installment of the Battlefield series. As the developers wrote in a statement sent to IGN:

"Longer term, the studio is focused on the future of Battlefield that well be bringing to players in 2021."

It's worth noting, that the above quote coincides with the words of Blake Jorgensen, the CFO of Electronic Arts, who spoke in early January about the growth in fiscal year 2022, largely due to the new Battlefield. Andrew Wilson, who currently serves as the company's president, also added that the sixth installment of Battlefield will make the most of the ninth generation consoles.