Although The Bard's Tale IV: Barrows Deep collected quite decent reviews in the industry media, it was difficult for reviewers to turn a blind eye to certain shortcomings. In their opinions there were many complaints about poor optimization or technical issues. Fortunately, inXile Entertainment, responsible for creating the next installment of the popular RPG series, did not intend to abandon their latest work. The game received numerous patches eliminating bugs, and in June this year the developers announced a huge update 2.0, to introduce the title in theDirector's Cut version. Unfortunately, the patch had a slip, but the fans can sleep peacefully - the delay is not very big. inXile Entertainment has announced that the patch will be released on August 27. 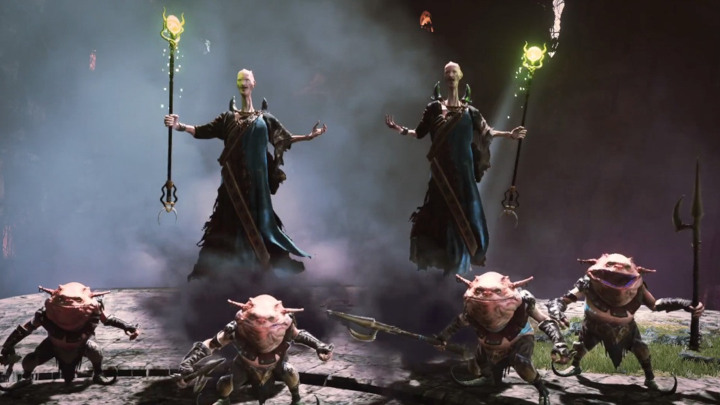 Version 2.0 of The Bard's Tale IV will be playable next month.

What will Barrows Deep Patch 2.0 bring to The Bard's Tale IV? A new dungeon, Royal Necropolis of Haernhold, is full of unknown types of enemies to kill, dangerous minibosses and two powerful main bosses to defeat. There will also be fixes of numerous bugs, changes in the balance of the game, optimization and other improvements, such as polished support for controllers.

Everyone who owns The Bard's Tale IV: Barrows Deep on PC will receive an upgrade to Director's Cutfor free. In stores it will replace the basic edition. As in the case of the original, the standard edition costs $31.12 on Steam and GOG. For Deluxe, which includes The Bard's Tale Trilogy, short stories from the universe, soundtrack and special items, you have to spend around $46.

With the debut of Director's Cut, The Bard's Tale IV will also be released on PlayStation 4 and Xbox One. It is also worth mentioning that on this second platform and PC the title in the improved version will be available as part of the Xbox Game Pass.