Just over a week ago Dying Light 2 made its debut on the market. During this time the title has already received some patches. Today, it received another one. For now, it is only available on PC, console versions will appear at a later date.

What's in the patch?

According to the message published by the representative of Techland on Discord, the latest update to the game includes elements that were promised earlier this week. First of all, it is worth noting the ability to seamlessly change the dubbing to English, no matter what localization we have set. It was an element, the lack of which bothered many players.

What else? You can see the entire announcement in the screenshot below. 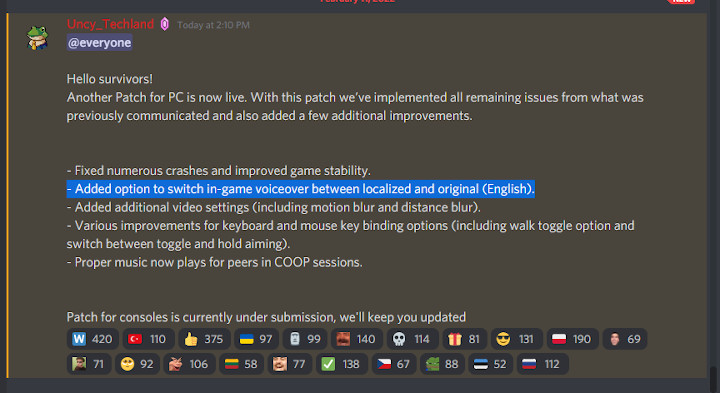 Horizon Forbidden West Preload Available; Here's How Much it Weighs