Total War Saga: Troy, Creative Assembly Sofia's side-scrolling take on the legendary Trojan War, is a year and a few months old. During this time the title had received four expansions. December 14 will mark the debut of the fifth one, titled Rhesus & Memnon, focusing on the Thracians and Ethiopians and adding, among other things, 49 new units, as well as a number of interesting mechanics. However, as it turns out, this will be the last expansion to be released for Total War Saga: Troy. After that players can expect only patches or minor hotfixes and only when necessary.

The information first appeared on the Discord channel of the Total War series. It was later confirmed by Rob Bartholomew, Creative Assembly's Director of Product. Here is what we can read in his comment for PCGamesN:

“The CA Sofia team have given so much to this project but they’re ready to set their sights on something new. While it will be quite some time before you hear more on this, we’re happy to confirm that pre-production has already begun on [the] next release and we can’t wait to show you what the studio has in store.” 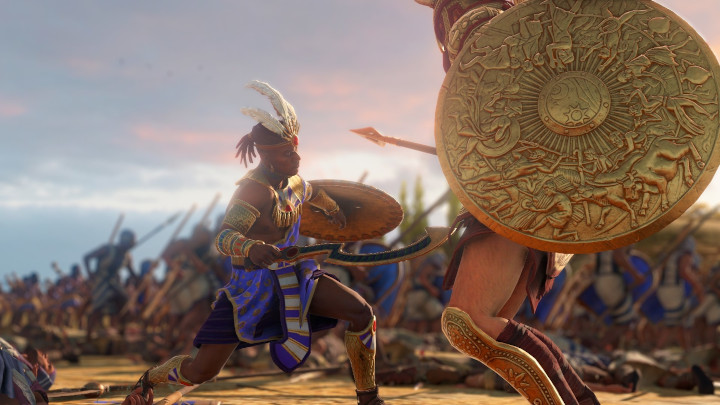 With the Rhesus & Memnon DLC, support for Total War Saga: Troy will end.

It sounds pretty interesting and fans of Total War can already start speculating in what time and region CA Sofia's mysterious project will be set. The Middle Ages? Modern times? Fantasy setting? Or will they remain in ancient times? Everything should become clear in some time.

On the occasion of the announcement, Bartholomew pointed out that Total War Saga: Troy was developed longer than originally planned. This is a consequence of the game's success (which is not surprising, given the fact that it was given away for free on Epic Games Store for a few days after its release).

It is worth remembering that in May this year Creative Assembly ended support for Total War: Three Kingdoms. Thus, currently no released installment of the Total War series is actively developed. The main workload has been completely shifted to new titles and the upcoming Warhammer III. Again quoting Bartholomew:

“We’re fortunate to have multiple development teams hard at work across multiple titles at all times. Total War: Warhammer III will be a big focus of ours next year as the other teams make progress behind the scenes.”

Finally, we remind you that release of Total War: Warhammer III is scheduled for February 17, 2022. The game will be available exclusively on PC.