Whether someone likes this game or hates it from the bottom of their heart, one thing has to be said - Fortnite is an absolute phenomenon of interactive entertainment. Without the explosion of popular free battle royale game the industry would certainly look a little different today... and it was close to being so. Rod Fergusson, former production manager at Epic Games, revealed in a conversation with Game Informer that just before he left the company he was trying to delete the project. 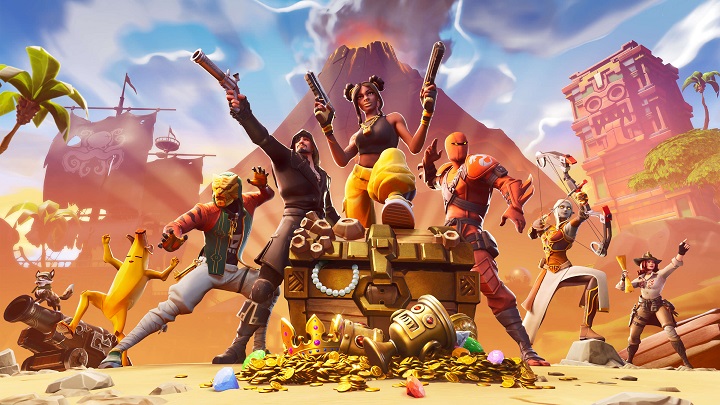 The former production manager of Epic Games was just a step away from deleting a game that today generates billions of dollars in revenue for the company.

Let us remind you that although Fortnite's sudden increase of interest was in the middle of 2017, when the free battle royale mode was added, for the first time we heard about the game almost six years earlier. In the original version, the gameplay focused on playing in cooperation mode, fighting zombie hordes and building forts, but in this form did not arouse much interest among both players and some of the higher-level developers. One of them was Rod Fergusson, who in 2012 abandoned Epic Games for a short episode with Irrational Games and then was hired by Microsoft as the head of the newly created The Coalition studios.

If I'd stayed at the Epic Games, I'd have erased Fortnite. Before I left, I tried to delete it. Whenever someone asks me if I don't feel bad about leaving before Fortnite's success, I say, "No, but you should feel good with it, cause the title you love, the world sensation, wouldn't exist if I stayed in Epic Games.

Fortnite became a phenomenon in mid-2017, when on the wave of popularity PlayerUnknown's Battlegrounds developers decided to add a battle royale mode to the game and make it available for free. The production quickly won the hearts of a gigantic number of players (in March there were almost 250 million of them) and brought the developers millions of dollars. Today, it is a significant element of pop-cultural reality, which is recognized and played by everyone - from children to celebrities. It's hard to imagine the future for Epic Games and the battle royale genre if Fergusson had bet on his own and deleted Fortnite before he left... but given the extreme reactions of the title, there are certainly a lot of players who would definitely prefer such a scenario.