The latest episode of Nintendo Direct brought a big announcement for fans of the Pokemon series. There will be an Expansion Pass to the latest parts of the series, last year's Sword and Shield for the Switch console. The pass will include two expansions: The Isle of Armor (slated for launch in June this year) and The Crown Tundra (this fall). The price of the Expansion Pass, for each game separately, was set at 29.99 euro. Residents of selected countries can already pre-order the pass. 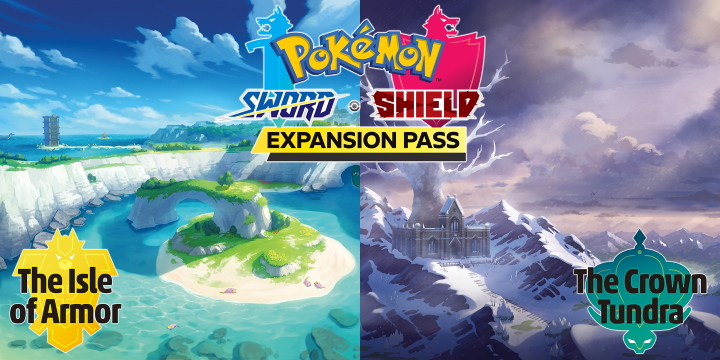 Official announcement of the Expansion Pass to Pokemon Sword and Shield.

The expansions will enable us to visit further areas of the Galar region. In The Isle of Armor we will find ourselves on the eponymous island, quite diverse in terms of landscapes, where under the guidance of a master named Mustard we will develop our skills and learn new ones. We will also meet the legendary pokemon Kubfu. The Crown Tundra, in turn, will focus on exploring the winter landscape and discovering secrets (like the Wild Area in the basic game). Here, too, we'll be able to face a new legendary, called Calyrex. There will also be new Gigantamax versions. In total, in both expansions we will encounter more than 200 types of pokemon, including many familiar faces, so far absent in the Galar region (usually some creatures will only appear in one game and vice versa). The picture will be complemented by a variety of clothes, items and bonuses that you will be able to get during the game.

Nintendo also plans to release updates to the base versions of Pokemon Sword and Shield, which will enable the players who do not decide to buy the pass to get the pokemons they have introduced in other ways (e.g. through trade). They will be published around the release of individual expansions. Below you can see the official trailer of the Expansion Pass:

Pokemon Sword and Pokemon Shield have been very successful, selling in several million copies just days after their release. However, some decision of The Pokemon Company and Game Freak studio's devs (e.g. removing some of the pokemons) have caused anger among the brand's most devoted fans. Perhaps the announcement of the Expansion Pass will appease the community.

Last Year was the Best Year Ever for Pokemon GO