Far Cry 6 most likely teased us with information about the next installment of the series. Mysterious QR codes found on wooden boxes - e.g. near Costa Del Mar - redirect players to a six-second video:

The teaser features a map with three arrows plotted on it that may suggest thr player's current location, as well as black tokens with animal symbols. An armored tiger-like beast attacks a man, shots ring out, blood splashes and the video ends. 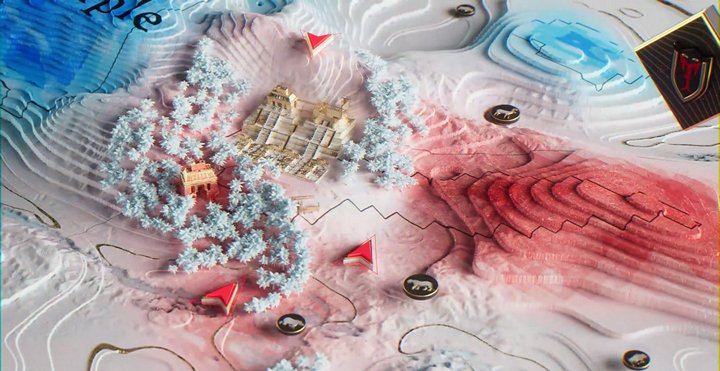 Map shown in the video from the QR code. Source: Ubisoft.

Youtuber JorRaptor suggests that the teaser could foreshadow a new battle royale-style game mode or the next installment of Far Cry as an online co-op shooter. Stephen Totilo from Axios claims that Ubisoft is planning a sequel to Far Cry 6 with more online components. This matches up with what Bloomberg's Jason Schreier says is a "radically different direction" for the series.

Add to this the previously announced change in Ubisoft's strategy - the company wants to launch free-to-play games that represent its biggest brands. In mid-year, free-to-play online shooters Tom Clancy's XDefiant and Tom Clancy's The Division: Heartland were announced. And in early October, the company revealed Ghost Recon: Frontline, a free-to-play multiplayer tactical FPS in the vein of Call of Duty: Warzone. Here we also wrote about the future of the Assassin's Creed series, which is to move towards a yet undefined live-service game model. Will a Far Cry 7 based on online experience will be next in line? This seems inevitable - after all, this is Ubisoft's top brand.

Star Citizen's CitizenCon Disappointing, but Earned a Lot of Money

New World Players Report Each Other to Remove Rivals