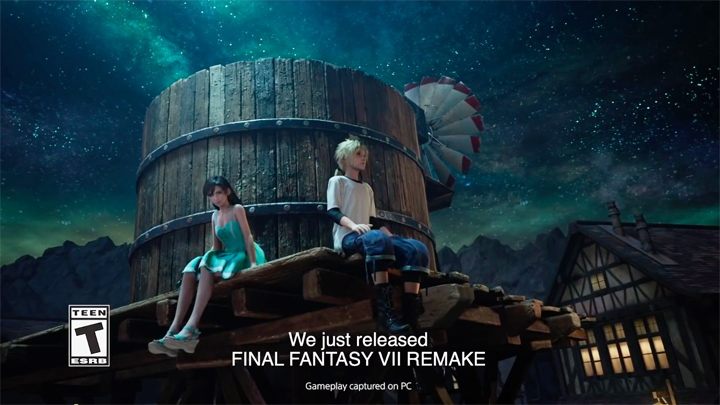 It's practically certain - a remake of Final Fantasy VII will hit PC next year.

Square Enix has just stealth confirmed the PC version of Final Fantasy VII Remake. To celebrate today's launch, a video was released to thank the fans for their patience. It contains several scenes with a "gameplay recorded on PC" description. As a reminder, the game is currently only available on PlayStation 4, but we know it's only temporary exclusivity. The project will only be able to make its debut on other hardware platforms after April 10, 2021.

In recent years, Square Enix has ported almost all the installments of the series to PC, so we expected Final Fantasy VII Remake to come to the platform as well. But now we can be practically sure of that.

However, waiting a year for the PC launch will not be an easy task. The PlayStation 4 release collects great reviews. According to them, the devs have managed to retain the atmosphere and charm of the original, while at the same time adapting this classic production to modern standards.

Final Fantasy VII Remake currently boasts an average rating of 87% on Metacritic. The game was also liked by our editor, who gave it 8.5/10.

Minecraft 2 May Never be Made