Today, Rockstar Games has published another big update to Red Dead Online. The update titled Frontier Pursuits brings, among other things, three professions (specialist roles for players) in the frontier, Outlaw Pass, the purchase of which for gold bars will give us access to valuable prizes, as well as the Wheeler, Rawson and Co. club, whose members will receive... other valuable prizes. In addition, developers have introduced a number of improvements and changes to the game balance and a bit of new content. 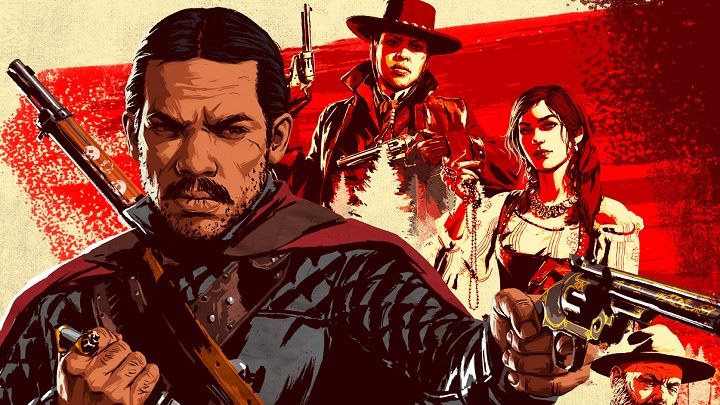 A large update to Red Dead Online introduces a lot of new features.

Players wishing to purchase the outlaw pass must prepare to spend 35 gold bars. In return, during the game they will acquire special clothing (such as gloves, mask and exclusive outfit), new weapon styles, elements of camp decoration (flag with eagle motif) and cash bonuses. In addition, they will receive gold, the total number of which is to amount to 35 bars; in time, the investment in the pass should therefore pay off.

Membership in the Wheeler, Rawson and Co. Club will be available to anyone who plays Red Dead Online from September 10 to November 18, 2019. As is the case with the outlaw pass, with time the players will get new clothes (namely spurs, gloves and veteran outfit) and weapons, sets of items and special guards for their guns, as well as cash bonuses, new emote or a camp flag.

Professions on the frontier

The above-mentioned professions on the frontier are: bounty hunter, trader and collector. The representative of the first, of course, is involved in hunting down bandits, the second in dealing with Cripps in the camp, and the third in searching for valuable items. Starting a career in each of them costs 15 gold bars; in return we will receive a bounty hunter's license, a butcher's position or a collector's bag.

Nevertheless, players who link their Twitch and Rockstar Games Social Club accounts in the next 72 hours will receive the first one for free (the same applies to those who did it before September 8); in addition, PlayStation Plus subscribers can pick up the second one for free until October 14, while those who manage to get all 54 hidden playing cards iny Grand Theft Auto Online before October 14 will get the third one for free.

The list of minor improvements and new content is opened with new items, weapons and clothing, as well as wagons and additional horse breeds, as wel as free play events assigned to individual roles. In addition, developers introduce indicators to show the direction from which our character is being damaged, and the ability to give names to stored outfits, or finally increase movement and animation speeds to improve combat and, for example, speed up the item pick up. This is not the end, because in addition to various changes in the balance, as announced in June, the devs allow us to change the appearance of the characters at any time.

The list of new features is closed with smaller bonuses for PlayStation 4 owners and PlayStation Plus subscribers, as well as for players who have purchased the Ultimate Edition. The first ones are: the decoration of the merchant's camp and the weapon cache (to unlock them you need the reach merchant rank level 5 before October 14) and the possibility of earlier acquisition of the gesture "Shoot in the sky", three skill cards (Gunslingers Choice, Strength in Numbers and Ride Like the Wind), three pieces of clothing (Carrigan hat, Burnham shoes and Avery gloves) and finally the American foxhound dog breed (also until October 14).

PlayStation Plus subscribers can get 250 RDO$ by October 7 (they only need to start the game). Finally, there is something for the Ultimate Edition owners, who after the start of their bounty hunting career can ride two new mounts: Breton horses of bay and chestnut color.