In 2003, Fantasy Flight Games released the first edition of A Game of Thrones based on the iconic book series A Song of Ice and Fire by George R.R. Martin. It has gained considerable popularity and now the title is also coming to PC. Asmodee Digital has announced the creation of a video game adaptation of the board game called A Game of Thrones. It will be released in the third quarter of this year. 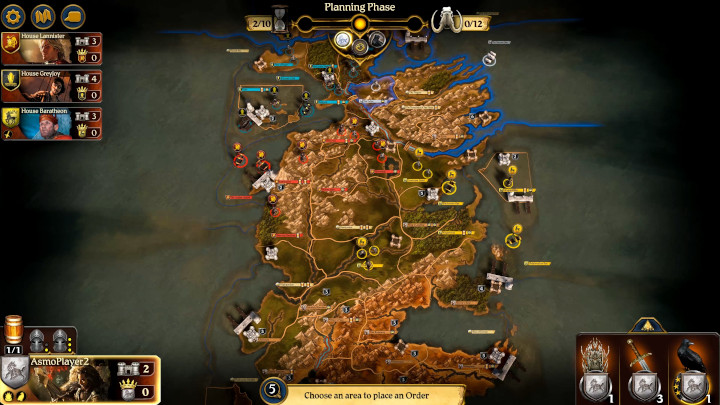 Westeros is waiting to be conquered.

Dire Wolf is responsible for the creation of the adaptation, the team already having a successful digital adaptation of Raiders of the North Sea under its belt. The goal of the team is a faithful recreation of the rules used by the original created by Fantasy Flight Games. Thus, at the beginning of the game the players will take control of one of the great families of Westeros (Lannisters, Baratheons, Greyjoys, Starks, Tyrells and Martells) and are taken to a map of Westeros divided into several regions. Their task is to conquer as many fields as possible within 10 rounds - the one who gets the most wins. To achieve this, they will have to recruit armies, conquer, face unexpected events, and, what Game of Thrones is famous for, form alliances, betray friends and generally plot to make the most of the situation for themselves. 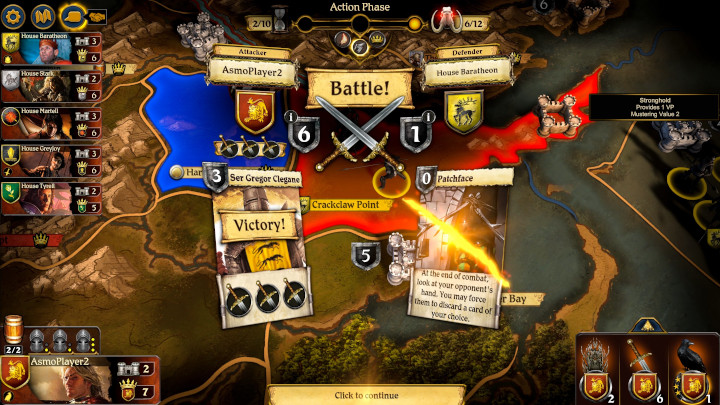 In both the board and video game victorious battles are the key to success.

It is worth noting that the title will offer both single-player and multiplayer mode for up to six players. In order to reflect the atmosphere of competition between several people, the title will include developed social features, including a ranking system that will allow the community to choose the best commanders in Westeros.

The digital rendition of A Game of Thrones will be different from the board original, mainly in terms of visuals. The power of PCs enables the devs to add various graphic effects to the game world to deepen the immersion and make the experience with the title as pleasant as possible.

Only the basic version of the original version will be included in launch version of the aptation. However, the board game has received three large additions, so we can expect that they will also be transferred to the virtual world in the form of free or paid DLC.