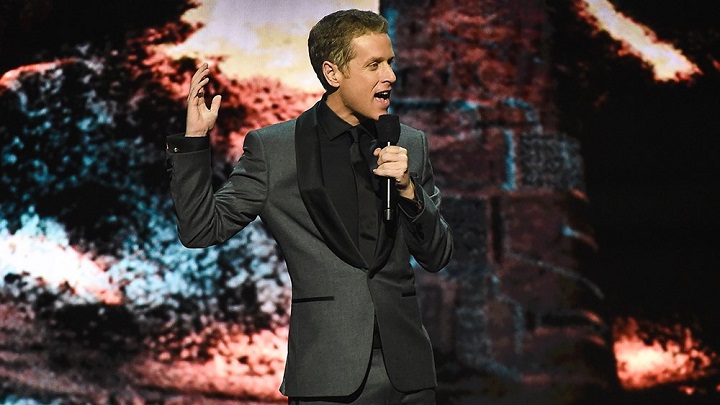 Geoff Keighley will not be part of E3 for the first time.

This year's E3 will have to do without another important visitor. No, it's not about another big company like Sony. Geoff Keighley won't be at the party for the first time in a quarter of a century. The creator of The Game Awards will not even lead the panel E3 Coliseum, which he initiated himself. When asked on Twitter about the reasons for his decision, the journalist said that, in his view, E3 must change, be "more digital and global" and not de facto confined to the Los Angeles conference centre. In a statement for The Washington Post, he added that he has many ideas on how the event should "evolve", but for now he prefers to wait and see how ESA imagines the fair beyond what it described in her last post.

For those who are interested in the E3 fair mainly because of the announcement of new games, Keighley's absence is probably just a curiosity. Nevertheless, he has been an inseparable part of the event since its inception, without leaving any edition so far, and running additional events related to it (in addition to the aforementioned E3 Coliseum also E3 Judges Week). Thus, this can be seen as another signal to the organizers that it is time to change the nature of the event. How exactly would this refreshed E3 in Keighley's vision look like, it is hard to say for sure. One tip is The Game Festival event organized in cooperation with Valve on the occasion of The Game Awards 2020 gala, thanks to which players could check demo versions of unreleased titles.