Some time ago, Jason Connell, creative and artistic director of Ghost of Tsushima, gave an extensive interview for IGN. Among other things, he touched upon the subject of the map we're about to visit in the upcoming game. According to the dev, although the team from Sucker Punch managed to accurately map the terrain of Tsushima Island in the game, it's not a faithful digital copy of a real land, located roughly halfway between the Korean Peninsula and Japan. This was developed in a recent entry on the official PlayStation blog, Joanna Wang, who is the Environment Art Lead of Ghost of Tsushima. She confirmed that the digital Tsushima is not a 1:1 reconstruction of the real place and it was not meant to be so. Instead, the creators set themselves the goal of preparing a "love letter" for all parts of this particular piece of Japanese territory. 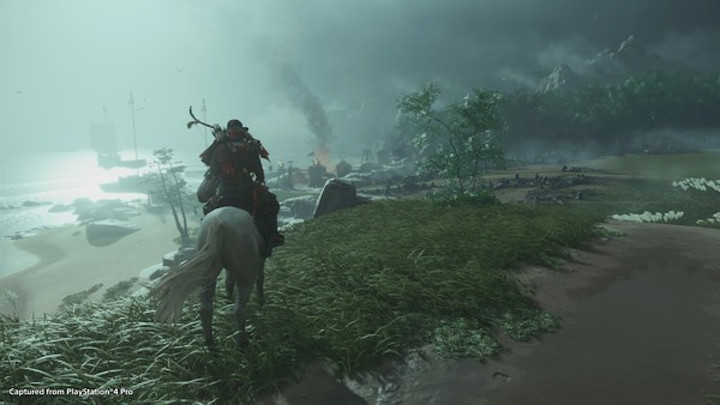 The world of Ghost of Tsushima is expected to be impressive.

As the dev mentions, Sucker Punch's representatives have visited the island of Tsushima many times. They were enchanted by its landscape and took the most "essential" elements from it. They added some things inspired by Japanese mainland and thus brought to life the unique world of Ghost of Tsushima. A world which, according to both Wang and Connell, makes it the greatest game ever created by Sucker Punch,

The scale of the world in Ghost of Tsushima is quite well illustrated by the following words of Joanna Wang:

"The map is divided into three regions filled with more than forty diverse Biomes and hundreds of points of interest. Our goal when building an open world game is always if you can see it, you can reach it, with as few exceptions as possible. You will journey through lush forests, cross boggy swamp lands, and enter into frozen mountainous landscapes. We collected so many references from movies, games, paintings, and even travel posters to draw inspiration. We want to present you with an authentic, believable world, a world that would call out to you, inviting you to explore, a world that is rich and full of surprises." 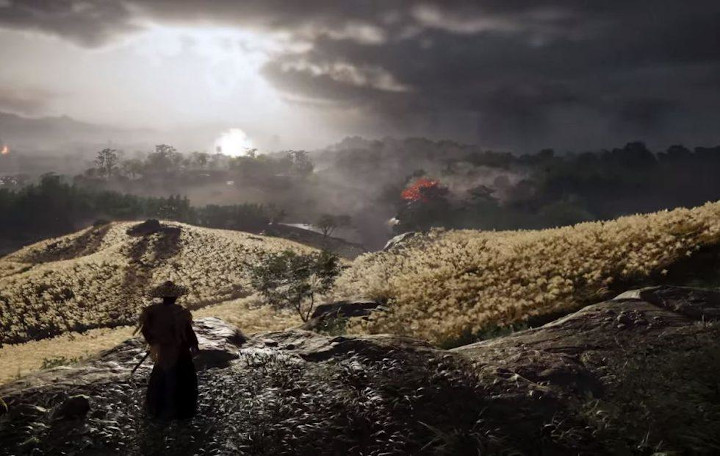 It makes you want to go exploring.

The landscape of Tsushima Island prepared for the upcoming game from Sucker Punch is based on two pillars - wild nature and man-made structures. Special attention is to be paid to the former. The creators made an effort to make the nature in Ghost of Tsushima rich and colorful. According to the environment artist, it gives the game a unique character. 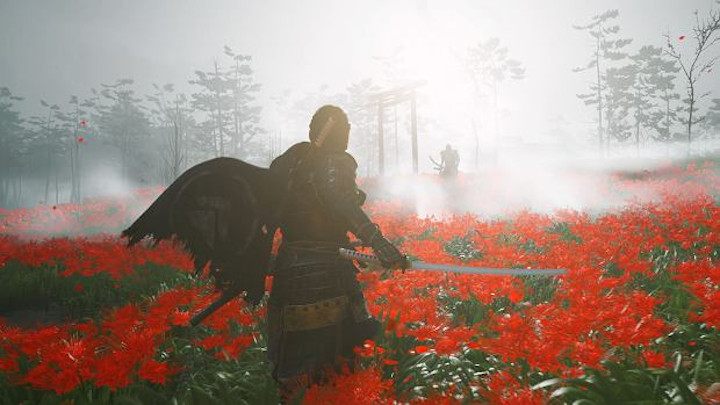 According to the artist, the world of Ghost of Tsushima is supposed to resemble a living character.

The team at Sucker Punch also tried to make the surroundings in Ghost of Tsushima as lively as possible. We are talking here about wind moving trees, flowers and grasses, which is intended to give the title an additional atmospheric vide. Again, to quote the artist:

"Exploring the world of Tsushima is a core part of our gameplay, and we treat the environment like a living character. One thats breathing, moving, has her own personality, and is charming and plentiful."

The world should also be given authenticity by changing weather conditions. Again, to quote the dev:

"You might be standing on the top of a cliff and see a big storm on the horizon. You could be crossing a bridge as clouds cover the sun and rain starts to drop unexpectedly. You could be sneaking around a Mongol war camp on a misty night, but moments later end up watching a beautiful sun rise on the ocean shore with your horse its dynamic."

But how does it all work in action? We'll see about that next week. Ghost of Tsushima will make its debut on July 17, exclusively on PlayStation 4.

80% of Capcom's Game Sales are Digital