The closer we get to the release of Ghost of Tsushima, the more details we learn about the game. Last week we had the opportunity to see a longer gameplay of this upcoming third-person action game from Sucker Punch, and now IGN has published an extensive interview with Jason Connell, creative and artistic director of the game. One of the topics of the conversation was the open world that we're going to explore as we play. Based on the words of the creator, it should take some time to explore the whole area. Ghost of Tsushima is to be the biggest game ever created by Sucker Punch, both in terms of content and map size. 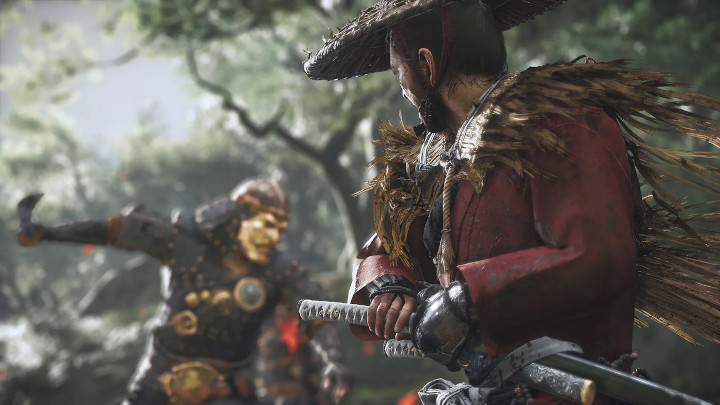 During the interview with IGN, Jason Connell revealed a lot of interesting details about Ghost of Tsushima.

The scale of the whole project is partly due to the ambitions of the artists. They set themselves the goal of transferring the Japanese island of Tsushima to the virtual world in the form it might have had in the second half of the 13th century, when the Ghost of Tsushima action is taking place. According to Connell, Sucker Punch has largely succeeded in mapping the terrain of the real location, but some places in the game are not necessarily exactly where they were hundreds of years ago. There are no ideal maps from that period that would show the exact location of forests or other landmarks. 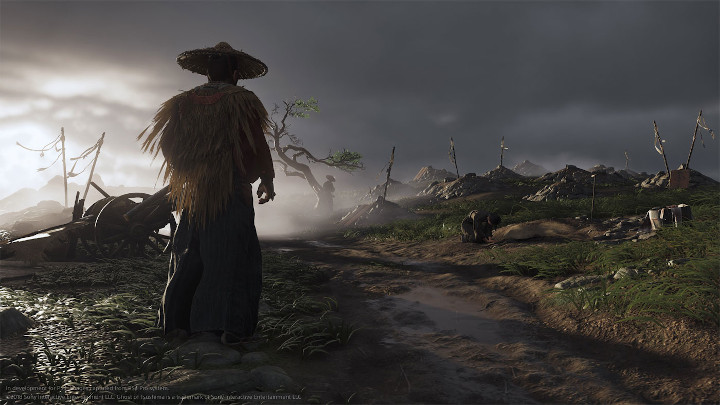 The scope of Ghost of Tsushima is supposed to be impressive.

Careful mapping of the landscape alone is not enough. As Connell stressed, Sucker Punch also tried to make many areas of the virtual Japanese island artistically unique. We are talking about the "golden forest", which can be seen on the recent gameplay, huge fields, areas full of bamboo, etc. To quote the artist:

And while that may feel a little bit loud, when you approach it, it feels very memorable. I can remember where it is, I can see it from everywhere on the island. And that's important to us because the island's big and so, and we're not putting markers all over the place, so you have to come up with other visual anchors to keep your directionality intact. 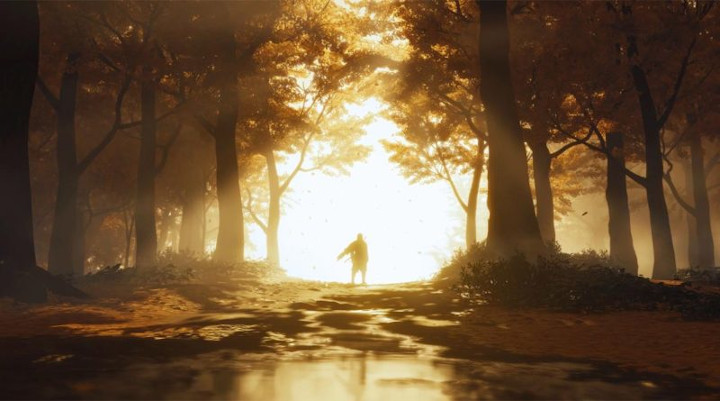 The Ghost of Tsushima will have a lot of attractive and very cinematic views.

On paper, the scope of Ghost of Tsushima may look impressive, but the question is, will this whole open world be fully explorable from the beginning or will there be some limitations? Connell has made the matter clear:

As a story as big as ours and a game as big as ours, it is incredibly important to us that people understand Jin's journey first. It's a lot to take in. So the first part, we want to make sure that you understand who he is, what's happened to this island. So there's a little bit of setup. (...) But then once you get to that point, then it's pretty open. 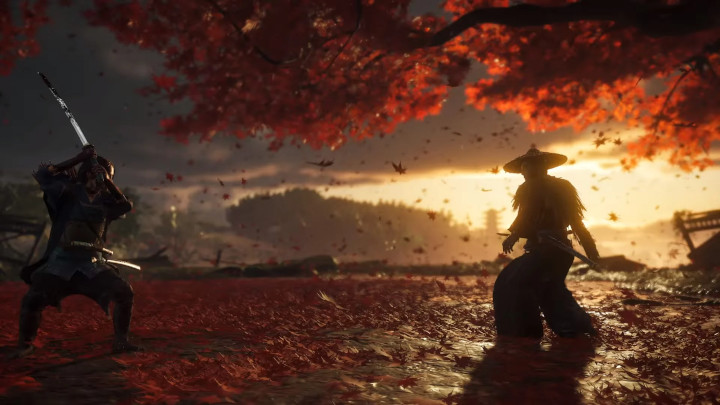 Time for a duel.

When we read about the enormity of Ghost of Tsushima, we may also ask if the title will not overwhelm people who are only interested in the plot and not exploration. Connell assured that Sucker Punch had such people in mind when designing the title, and the world they created is suitable for both players who prefer more condensed fun and those who like to look into every nook and cranny of the map and find everything that is hidden on it.

Preparing such a big game as Ghost of Tsushima was also a purely technological challenge for Sucker Punch. How did the creators of inFamous: Second Son manage to realize their ambitions and at the same time maintain attractive visuals on hardware that is over six years old? Connell explains:

We've learned a ton (...) and we have amazing technical rendering gurus at Sucker Punch. They've managed to pull out every little ounce of performance [from PlayStation 4] so that we could have our dreams of making this game. You can see pretty far in the game as we show off, and that's not some fabricated thing with hacks. You can just get down from that mountain and go to those places. It's stunning what they've been able to pull off for us from a technical perspective,

From Connell's statements above, it can be concluded that in many ways Sucker Punch did not try to make the break down door that was already open during the development of Ghost of Tsushima, and a few elements that will appear in the game were inspired by other titles. And in fact, during another interview given by the developer in recent days, he admitted that the model for his team were such games as The Legend of Zelda: Breath of the Wild or Shadow of the Colossus.

Morality and ways of Samurai and Ghost 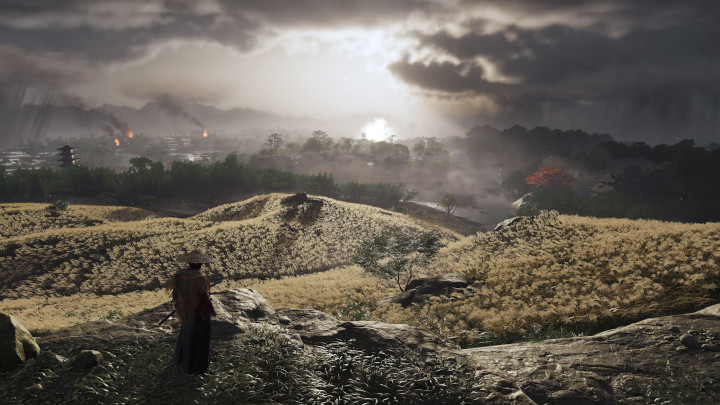 Ghost of Tsushima is supposed to tell a very human story of a man who has to face an unexpected situation.

In another part of Connell's conversation with IGN, the subject of the morality indicator was also discussed, which was an important element in the inFamous cycle. Well, we won't find it in Ghost of Tsushima:

We thought about [a morality meter] because we had the karma system in [Infamous: Second Son], but we realized it was more important to us that we wanted to tell a human story of someone who is this way and has to evolve into something else, versus transform completely into something else. He doesn't flip flop back and forth, it muddied it up for us. We really wanted the story to reflect his transformation."

What is this transformation about, and how will the moral grays be expressed in the game? Connell explains:

It definitely plays with the notion of, you're born and raised into this certain way of life. There's expectations of you, the way you should perform. And then at some point, because some events happen, in this case a war, you have to challenge those things. And not everybody's going to love the fact that you're going to challenge an assumption that's made upon your life. 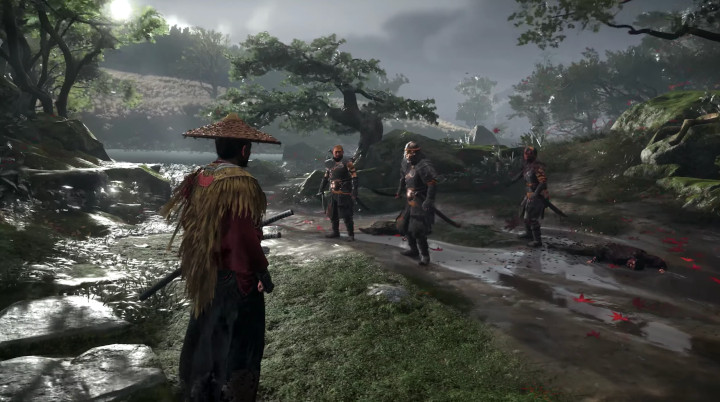 Although the hero is the title Ghost of Tsushima, it doesn't mean that he will have to deal with all his problems quietly.

However, this doesn't mean that the players will have absolutely no influence on how the action will proceed. The importance of their moral choices has been discussed more extensively here, but of course the topic does not end there. When dealing with the title, the players will also be able to decide whether they like the direct approach and face-to-face combat with their enemies, or whether they will stay in the shadows and focus on eliminating more enemies quietly.

There's definitely important story moments that are more reflective of this change than others. But the reality is that even as you have gotten to some story moments, you can still play the game as this Samurai, (...) We don't make you choose between [samurai and Ghost].

"When he's a Ghost, he can turn around and play as a samurai because he's always a samurai. All his training, using the Katana, that stuff is buried in him deep. On the stealth [State of Play segement], if you wanted to jump off the roof and start fighting like a samurai, you could totally do that. We don't spec you out and suddenly you can't play as a samurai. (...) The Ghost is this legendary warrior that he's evolving into."

Everyone will be able to see how the game works out in action on July 17 of this year, when the Ghost of Tsushima will launch, exclusively on PlayStation 4.