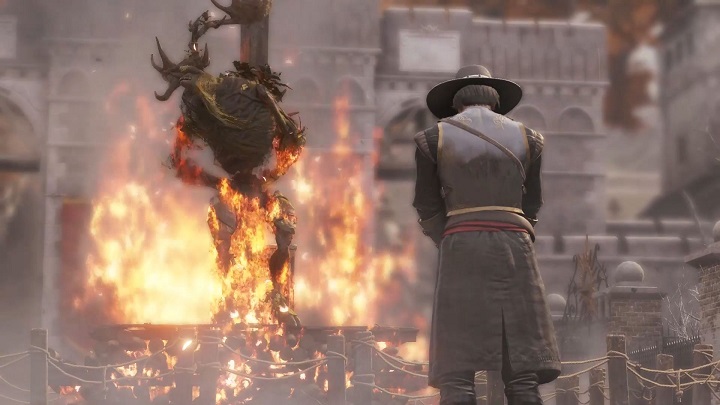 The list of GreedFall modifications is being expanded to include further fixes, but probably also some diversity.

GreedFall fans are certainly not idle, as we could see with the first wave of modifications improving the game. However, for almost three weeks after the release, there were also initiatives that did not have much in common with repairing the game. Among them there was a couple of mods called Kurt Romance for Male - Aphra Romance for Female, which enable us to romance with the title companions if they are of the same sex as our character. This only works when you start to know Kurt or Oprah (read: we have just completed all the related tasks). Please also note that modification requires the game files to be replaced - details can be found on the mod page at Nexus Mods.

If you'd prefer to take a look at the unexplored corners of the world instead, Slippery Slope - Nope will help you. This mode enables you to reduce or completely remove the slipping of characters on an inclined surface, allowing you to see the normally inaccessible places on the map (and even beyond). Fans of magic can prove themselves as earth elementalists thanks to the modification prepared by 'superwhono'.

This does not mean that there is no mod to just improve GreedFall experience. For those looking for a challenge, Fight Like Your Life Depends On It can improve your opponents' artificial intelligence. The author has also prepared a modification that enables you to travel in a larger party or, on the contrary, go on a lonely trip. Matt2014 has prepared a better compass for those lost in the game world, pointing the way to all missions (even inactive side quests).