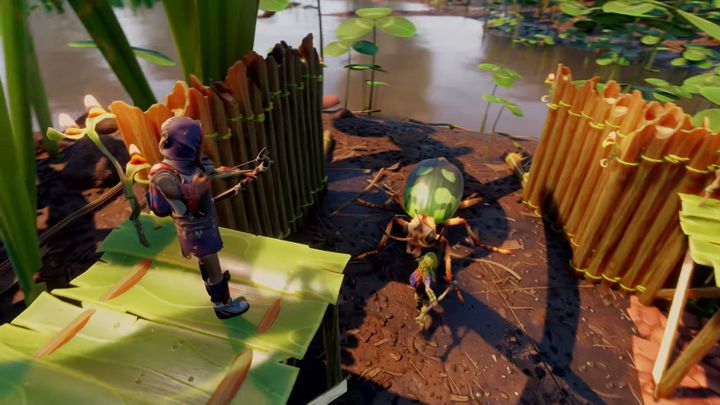 On July 29 we shared the statistics from the day of Obsidian's Grounded early access launch. Already then, the opinions were "mostly positive", and the title happened to played by several thousand people at the same time on Steam. Thanks to the courtesy of Microsoft, which is responsible for the publishing of the game, we can also test the new survival game through Xbox Game Pass.

Within 48 hours of launch, Grounded has only increased its popularity and today boasts over a million registered players. Both Obsidian (debut multiplayer game) and Microsoft are not hiding their joy, and Valve cannot complain either. Positive reviews have arrived and at the moment they comprise 80% (with more than 2000 user reviews), and the title is still among the bestsellers.

Grounded is another co-op survival game, expanding the already wide offer on the market. It certainly stands out from the competition with its unique scenery and gameplay idea, because we control tiny characters in a huge garden full of insects. Associations with Arthur and the Invisibles are certainly not accidental.

However, the reviews highlight some quite significant flaws in the game, which are not surprising if we take into account that it is only early access. The plot does not go beyond one hour in length and the online game becomes repetitive after some time. During the adventure, we can also come across a whole bunch of bugs (programming related ones this time). As we can see, this does not prevent the rapid development of Grounded. For the full version of the game, we will have to wait until next year.