Yesterday, No Man's Sky received a new update which enables the players to take part in a special activity prepared for Halloween. From now on, the derelict ships (which were added in July this year) will offer a new, unique resource - Tainted Metal.

The resource can be exchanged on space stations with selected NPCs for unique items such as decorations, stickers or a terrifying helmet (visible on the screenshot below). Getting the material will not be easy, however, as both the hostile life forms inhabiting derelict ships and active security systems are now much more aggressive. 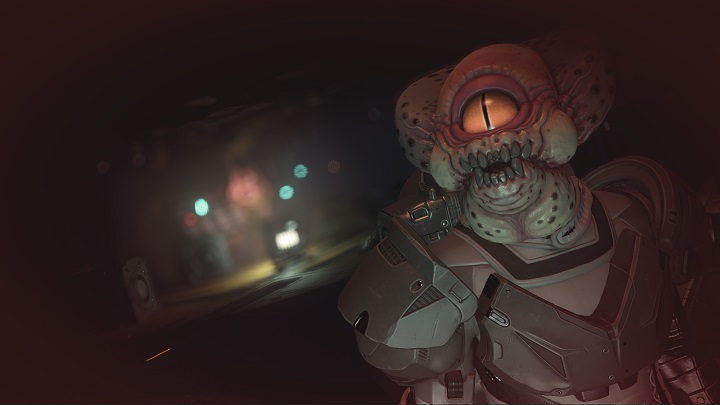 A special helmet offered by the Halloween update.

What's more, the player actions when exploring the vast world of No Man's Sky have also led to the unlocking of new plants (which can also be planted on our own) and variants of traces left by ships. Developers have also announced that this year players can expect more news, which will be announced soon. Details of yesterday's Halloween update can be found here.

As a reminder, No Man's Sky is available on PC, PlayStation 4 and Xbox One. The game's debut in 2016 wasn't a success, but after years of extensive updates, the developers have managed to turn the title into a success for many players. In addition, No Man's Sky has significantly expanded its user base after appearingin the Xbox Game Pass subscription.